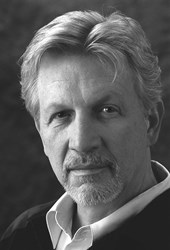 Taking colostrum on a daily basis can help prevent these deadly pathogens from infecting us and is very cost effective.

According to a December Consumer Reports article, an analysis of more than 300 store-bought, raw chicken breasts showed that 97% of the samples contained illness-causing bacteria. The chicken breasts were purchased across the U.S. and included organic brands and those labeled “raised without antibiotics”. The most common bacteria detected was Enterococcus, which occurred in 79.8% percent of the samples, followed by E. coli (65.2%); campylobacter (43%); klebsiella pneumonia (13.6%); salmonella (10.8%); and staphylococcus aureus (9.2 %). Virtually every sample contained some type of bacteria, including the “organic” and “no antibiotics” breasts.

Even more disturbing were the findings that nearly half (49.7%) of the samples contained at least one type of antibiotic-resistant bacteria, and another 11.5% contained two or more types of multidrug-resistant bacteria. Although consumers are advised to cook chicken to an internal temperature of 165° F and to follow safe handling practices, unintentional cross contamination and subsequent ingestion is exceedingly common. Chicken is the most popular meat consumed in the U.S., and the Centers for Disease Control and Prevention (CDC) says that “more deaths are attributed to poultry than to any other commodity.”

Yet poultry isn’t the only source of food poisoning. Forty-eight million people become ill from eating tainted food every year, and the majority of these cases are caused by raw vegetables and fruits. Poor worker sanitation, runoff from nearby livestock farms, and application of manure all contribute to periodic illness outbreaks. The problem is only compounded by livestock operations that regularly feed antibiotics to cattle, pigs, and fish even in the absence of illness. This creates strains of antibiotic-resistant bacteria, which when humans encounter, are impervious to our drugs.

Douglas A. Wyatt, Founder of the Center for Nutritional Research, strongly encourages people of all ages to consider bovine colostrum powder as an added defense against bacterial pathogens in the nation’s food supply. “Bovine colostrum contains natural antibodies against Enterococcus, E. coli, campylobacter, klebsiella pneumonia, salmonella, and staphylococcus aureus, among hundreds of others. These superbugs may be antibiotic resistant, but they’re no match against antibodies. Taking colostrum on a daily basis, in addition to proper food handling habits, can help prevent these nasty, deadly pathogens from infecting us.”

Another issue of great concern is that the U.S. Department of Agriculture recently approved poultry that has been slaughtered in the U.S. and Canada to be shipped to China, processed there, and subsequently returned to the U.S. for human consumption. Critics say this decision puts consumers at a health risk due to the lax oversight in Chinese processing facilities. “If U.S.-processed chicken is already contaminated, are we opening ourselves up to additional contamination by transporting it half way across the globe? Pathogens have a great talent for mutating. Since so many people either don’t know where their chicken comes from or don’t fully understand the health implications, the need for bovine colostrum is more important than ever,” says Wyatt.

Bovine colostrum contains a plethora of pathogen-fighting substances against not only bacteria, but also viruses and fungi. When cattle are exposed to pathogens in their environment, they create antibodies which are transferred to their offspring in their colostrum. “There is currently only one colostrum manufacturer that ensures its products contain the specific antibodies necessary for protection against illness. Colostrum must undergo a rigorous testing protocol to certify that it is from the first milking and is free of antibiotics and pesticides in order to be effective.” To learn more, visit the CNR blog.