ChemistDirect examines the seeming rise of vitamin C deficiency in the UK and discusses the link between this and low income families. 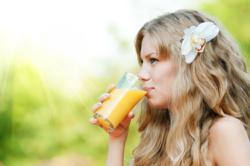 Scurvy was the scourge of pirates and sailors in the 18th century, and it occurs only if people do not eat enough Vitamin C. It is shocking that a disease from that time would rise again in the 21st century.

Recent reports of scurvy cases in the UK clearly indicate that vitamin C deficiency may be more prevalent than is generally assumed. In England, between 2004 and 2005, 61 children were admitted to the hospital with scurvy, but by 2007 and 2008, the figures rose to 94. Worse yet, there has been a rise of more than 50% during the last 3 years. Stephen O’Brien, the Conservative Health spokesman, who stated these figures said: “Scurvy was the scourge of pirates and sailors in the 18th century, and it occurs only if people do not eat enough Vitamin C. It is shocking that a disease from that time would rise again in the 21st century.”

A survey of Low Income Diet and Nutrition a couple years back took valid plasma vitamin C measurements in 433 men and 876 women. The outcome was that an estimated 25% of the men and 16% of the women in the low-income/materially deprived population had plasma vitamin C concentrations that were indicative of deficiency, and a further fifth of the population had levels in the depleted range. Reporting low-dietary vitamin C intake, not taking vitamin supplements, and smoking were all predictors of extreme low vitamin C levels. Public Health UK stated after the survey that: “Health professionals need to be aware that poor vitamin C status is relatively common among adults living on a low income in the UK.”

But should a poor vitamin C status among adults and families living on low income be considered normality? Glyn and Julie Seabridge, parents of eight-year-old Dylan Seabridge who allegedly died from scurvy 18 months ago, from West Wales wait to find out. Both parents are currently facing trial at Swansea Crown Court, charged with the neglect and ill treatment of their son. Their indicated intention of pleading not guilty to the charge has been received with a mixture of feelings from the UK public, some of whom scorn the parents for the abuse of their son, and others who express their sympathy for the growing plight of poverty among low income families in the UK. The question remains: Could the boy’s life have been spared by something as simple as an increase in vitamin C intake? A dietitian from Rhondda Valley, Sioned Quirke, expressed her surprise and concern regarding the case by stating: “Rickets and scurvy seem to be coming back. When I was training 10 years ago we were told about these diseases as ‘past conditions’. The difference between now and then is that scurvy and rickets conditions nowadays are out of choice. People tend to complain that fruit and vegetables are not affordable, when in fact they are.”

Dr. Mark Temple, of the British Medical Association's public health committee, stated that food standards in the UK are worse now than they were during wartime rations. On an average, each person in Britain is eating 8 lb 13 oz (approx 4 kg) less fruit and vegetables a year than in 2007--a drop of 3%. Food experts at the Dutch bank Rabobank even state that on an average, Britons eat 12 oz (346 g) of fruit and vegetables each day, which is well below the 14.1 oz (400 g) that is recommended by the World Health Organisation. An increase of fruit and vegetable intake as well as vitamin C supplements must be seen before things get any worse.

The World Health Organization (WHO) admits that while it is not possible to relate daily servings of fruits and vegetables to an exact amount of Vitamin C, each individual’s dietary goal should be 400g of Vitamin C daily in order to meet the 1970’s Food and Agriculture Organization of the United Nations guidelines for lowering the risk of chronic disease. The WHO goal has been roughly translated into the recommendation of 5 portions of fruit and vegetables per day.