US jewelry company South Hill Designs has announced a new initiative to serve the Spanish-speaking market in the United States. 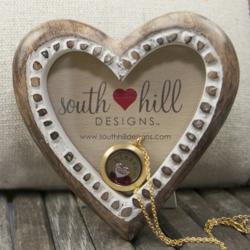 Sandra Fuentes-Clark: “I’m confident that America’s Spanish-speaking community will love South Hill Designs and the idea of self-expression through jewelry.”

The company will provide Spanish-language websites, sales literature and training for its distributors (known as Artists).

COO Joe Ochoa explained: “I’m proud of my Hispanic heritage and I’ve always wanted to introduce something special to the Spanish-speaking community. Now we have a vehicle that can help stimulate the economy and really change lives. This is an important day in the life of our young company.”

A newly appointed regional sales director, Sandra Fuentes-Clark, will head the initiative. Sandra is a first-generation immigrant with Spanish and Aztec ancestry. She grew up on a ranch in El Salvador and moved to the United States in 1981 during the country’s civil war. As a marketing professional, she combines the academic credentials of an MBA, with years of service to some of America’s top direct sales companies.

“South Hill Designs is all about growth and innovation,” added CEO Brian Palmer. “So we’re thrilled to embrace one of America’s fastest growing and most dynamic markets. Early research suggests that our products and business opportunity will quickly win hearts and minds in the Hispanic community.”

South Hill Designs has grown dramatically in all 50 states since its launch early in 2013, with a 750+% increase in Artists, and a 1000+% increase in sales during its first six months. The company anticipates at least 10,000 Artists selling the products coast to coast by the end of the year. South Hill Designs has been ranked “Number One MLM” and “Number One Party Plan Company” by independent websites monitoring online attention. The company has also maintained a continuous stream of new product launches, and now has the widest range of jewelry in its category in the direct sales industry.

Unusually for a party-plan jewelry company, South Hill Designs is led by two men, CEO Brian Palmer and COO Joe Ochoa, who both hail from the technology world. The application of new technologies to a traditionally non-digital industry is one reason for South Hill Design’s spectacular early growth. The company uses advanced software to manage its supply chain, and is noted for its system of weekly payouts to Artists (rather than the conventional cycle of four to six weeks).