Businesses Working Together for the Greater Good of the World's Security

iWatchlife and Samsung pair together to make the most advanced and affordable security system to ever hit the market; recent worldwide events could be the key reason. 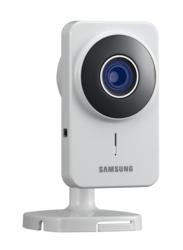 'When you think quality electronics be it a phone or T.V you think Samsung, and at this price you can't go wrong'-Jason Butler

The year has seen a rise in the number of crimes solved by video surveillance cameras. The Boston Marathon bombing, the murder of a pediatrician in Philadelphia and countless thefts caught on camera help police catch criminals. Residents in Philadelphia are registering their personal and business surveillance cameras with the police department. The registration gives police investigators permission to view footage recorded by these cameras in advance.

The pairing of iWatchLife and Samsung early this year puts home surveillance technology in league with more complex security systems used by large entities. With the use of the Samsung SmartCam, video surveillance happens only when programmed to happen. The strategically placed SmartCam begins recording when predetermined activity occurs within its range. The camera is equipped with an ultra-sensitive microphone for recording noise and conversation. This measure of surveillance inside and outside of homes is responsible for the apprehension of criminals who would remain free to commit crimes today.

iWatchLife not only takes clear video and sound recordings, with the application installed on a cellular phone, an alert is sent via text or voice message to the home owner. Take one-step more into surveillance technology with the ability to view camera activity on any web browser. The integration of digital and Wi-Fi applications completes the circuit of home surveillance.

Samsung includes iWatchLife applications in many of their Smart TVs now as well. The Picture in Picture (PiP) feature in the television alerts the television viewer to recordable activity. All recorded activity plays pack on the television and the viewer chooses which sections to view and the length of the video to show. Smart technology makes it possible to program the cameras to record only certain activities that indicate a situation needs recording.

Surveillance needs vary by home and situation. Inside the home, a camera can record all activity in a room and the conversations held in the room. There are many reasons a person wants a specific area or room monitored while they are away. iWatchLife proves to be affective in recording quality sound so the listener can hear any noises the microphone heard. Many households record babysitters as they take care of the children. The safeguarding of family with the iWatchLife system is the number one reason consumers purchase the surveillance cameras.

The constitutionality of widespread video recording concerns groups and individuals who campaign for continued freedom in the United States. They question the legality of placing cameras in public areas, arguing constant surveillance breaches the right to freedom of movement and such recording are not legal in court. However, private business owners and homeowners have the right to protect their property. The question remains; are surveillance cameras used by federal and state agencies unconstitutional?

The fact that dangerous criminals are in prison because of video surveillance is undeniable. The use of iWatchLife and Samsung technology increases video clarity and audio recordings to further aid investigators.
iWatchLife is the number 1 surveillance system for private homes whether it is used to keep thieves away or record what others do while the owner is away.