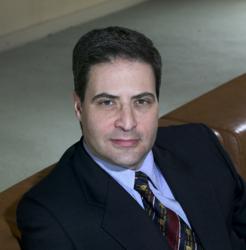 The partnership is a strategic move on the part of Riker Danzig to take advantage of the exploding appeal of Major League Soccer while providing a value-added entertainment opportunity to select clients.

Morristown-based law firm Riker Danzig Scherer Hyland & Perretti LLP is pleased to announce it has established a sponsoring relationship with the New York Red Bulls soccer team as an Official Marketing Partner. See http://www.riker.com/images/interview/int2.swf for a 30 second video regarding the partnership.

Riker Danzig partner Anthony Sylvester, a member of the Firm’s Executive Committee, explains that the partnership is a strategic move on the part of Riker Danzig to take advantage of the exploding appeal of Major League Soccer while providing a value-added entertainment opportunity to select clients. “The Red Bulls are an exciting team for us to associate with. Their combination of experienced veterans and fresh talent makes them formidable opponents on the field,” Sylvester said. “Add to that their beautiful, new arena in Harrison, and you’ve got a first-rate sports experience to provide your clients.” He also noted, “The growing appeal of soccer caught our attention, and we are now thrilled to be working with the fine Red Bulls organization.”

“We are proud to announce a new relationship with Riker Danzig Scherer Hyland & Perretti,” said Red Bulls General Manager Jérôme de Bontin. “Their long-standing reputation of excellence in the area and across the country aligns well with our club’s aspirations and we expect that this will be the start of a lengthy relationship between our organizations.”

The New York Red Bulls are one of 19 teams that comprise the top-flight professional soccer league in the United States – Major League Soccer. On the field, the team is led by World Cup, European Championship and UEFA Champions League winner Thierry Henry and Australian World Cup star Tim Cahill. In March 2010, the Red Bulls moved into their new home, Red Bull Arena, a 25,000-seat soccer-specific stadium in Harrison, NJ, known as the top venue of its kind in the country. The Red Bulls have qualified for the MLS Cup playoffs for three straight seasons and nine of the past 10 years. The New York Red Bulls are owned by Red Bull GmbH, the world’s No. 1 energy drink maker. For more information, log onto http://www.newyorkredbulls.com or call 1.877.RBSOCCER.

For over 130 years, Riker Danzig Scherer Hyland & Perretti LLP has focused on providing high-quality legal services to the business community. It has consistently been the Top-Listed law firm in New Jersey by Best Lawyers in America® in recent years based on the number of Riker Danzig attorneys distinguished with the “Best Lawyers” designation. Headquartered in Morristown, New Jersey, the firm has additional offices in Trenton and New York. Riker Danzig has earned a national reputation for expertise in trial and appellate litigation, insurance, commercial law and bankruptcy and, in addition, has highly-respected practices in banking law, environmental law, employment law, family practice, tax and trusts and estates, corporate law and mergers & acquisitions, governmental affairs, public utilities, real estate and intellectual property.