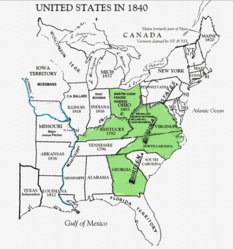 1. I believe that to have a friend, a man must be one.

2. That all men are created equal and that everyone has within himself the power to make this a better world.
By Fran Striker

AncestorEbook introduces the Lone Ranger starring John Reid as the Lone Ranger and Johnny Depp as a completely new and re-imagined Tonto [bit.ly/13z9yqT] released over the Independence Day holiday weekend. With the combination of Gore Verbinski and Johnny Depp, Disney hoped to achieve the same results as the duo's Pirates of the Caribbean success from 10 years ago.[onforb.es/16ntM1L]

"The Lone Ranger may not be the film you expect to see," says Gayla Mendenhall of AncestorEbooks. "If you are expecting to see the same masked man who road into town with his silent sidekick to save a town in trouble, then you might be disappointed."

The roll of Tonto has become, instead of a sidekick and the only friend the Lone Ranger could talk to, into more of an equal protagonist for this version of the Lone Ranger. This is in part to the fact that the film gives the Lone Ranger and Tonto a mutual enemy, the unscrupulous railroad tycoon, Cole, who wants to lay tracks from Texas to California. [bit.ly/12oQVP7]

When Cole (Tom Wilkinson) makes it seem as though Tonto's tribe has broken the treaty, and having done so Cole is free to lay tracks across tribal lands. This chain of events leads to war, and the genocide of Native Americans by the U.S.Cavalry. [bit.ly/12oQVP7]

While the Lone Ranger is a fictitious story, the genocide of Native Americans is not. The making of the nation we know of as America started with the “clash of clash of peoples, religions, ideas, and cultures, it is a story of strongly held ideas and a lack of compromise.” [manythings.org/voa/history/5.html]

“From the time the first colonies were settled in America, relations between the Native American Indians and white settlers ranged from respected friends to hated enemies.” These are the opening lines from the Advanced Placement study guide about Native Americans and the New Republic (America). [bit.ly/13KbrA1]

By the 1830 the Democratic Party, led by President Andrew Jackson, was committed to economic progress in the states and to settlement and development of the western frontier; goals in conflict with 125,000 Native Americans who still lived east of the Mississippi River. [bit.ly/13KbrA1]

By the 1830s, most Native Americans had given up the nomadic way of life and were trying to live in harmony with their white neighbors, however the pioneers were pushing to occupy the lands held by the Indians through legal treaties. On May 28, 1830, Andrew Jackson enacted the Indian Removal Act, offering to "trade" lands with the Native Americans who lived east of the Mississippi for lands to the west of the Mississippi River. This mass exodus of 70,000 Indians into the new Indian Territory is called the "Trail of Tears."

The Creeks lost 3,500 of the 15,000 who began the journey, and over 3,000 Cherokee Natives did not survive the trek to their new home, dying from exhaustion, starvation, Typhus, cholera, and whooping cough. [bit.ly/1deRP6M]

Although the United States government promised that the Indian territory  would remain unmolested forever, the lands shrank until it finally disappeared in 1907 when Oklahoma became a state. [bit.ly/1deRP6M]

Mrs. Mendenhall said, "I love westerns. The excitement of the man in the white hat coming to the rescue to save a town from the villain is fun, and I admire the role of the Lone Ranger. Too often, Native Americans were shown as the threat to western expansion and America’s Manifest Destiny, but in the 2013 version of The Lone Ranger, it was the business industries of that time that were the ‘driving force’ behind the loss of Indian heritage, culture, lands, and life."

However according to the above study guide for American History [bit.ly/13KbrA1], it was the Pioneer’s push for the land the Indian’s held and the goals of the American President, Andrew Jackson, which caused so much human misery.

Today, it is nearly impossible to know how many Americans can claim Native American roots in their genealogy. [slate.me/14GI6V2] There are roughly 2 million people enrolled in Native American tribes, however since each tribe has it's own regulations about "blood quantum", meaning the percentage of tribal blood needed in order to be considered for enrollment in the tribe, there could be people who qualify but have not yet enrolled.