3dcart Commits to “Game-Changing” Upgrades for Internet Retailers in 2013

With 3dcart v6.0 scheduled to come out in late July, the ecommerce provider has its sights set on revolutionizing the industry. 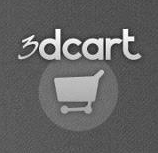 With the 3dcart v6.0 release, we’re positioning ourselves as one of the first hosted ecommerce platforms to support Bitcoins, which gives our merchants an advantage over the competition.

Countless hours of research and work may soon pay off as 3dcart, an increasingly popular ecommerce platform with more than 16,000 global merchants, outlines its 2013 Q3 roadmap and gets ready to release v6.0 in late July.

"During 2013, we have invested many resources in our company and platform. This year will set a milestone in the history of 3dcart,” said Gonzalo Gil, CEO at 3dcart. "From growing and training our technical support department, to bringing new features and implementing long overdue changes like responsive templates and a new admin interface, we’re committed to becoming the leading hosted ecommerce provider for online merchants.”

Soon after the release of v6.0, 3dcart will bring a redesigned administration panel to provide an updated and tablet-ready interface. Users can also expect a new frontend template engine that will allow for responsive templates along with a reimagined App Store, Theme Store and Experts Directory to accommodate the recent expansion of its growing partner network.

“With the 3dcart v6.0 release, we’re positioning ourselves as one of the first hosted ecommerce platforms to support Bitcoins, which gives our merchants an advantage over the competition,” said 3dcart’s CTO Jimmy Rodriguez. “Many of the new features in v6.0 reinforce 3dcart as an all-in-one solution with built-in modules that would usually require implementing a third party application and incurring additional costs.”

Many of the upgrades in v6.0 were inspired by 3dcart’s users, ensuring that changes made are changes sought by those already using its shopping cart software.

Founded in 1997, 3dcart is a complete and robust ecommerce platform designed to help e-store owners thrive in a competitive market. With hundreds of features built directly into the software, online merchants can effectively open, operate and maintain a successful online store with relative ease and efficiency. 3dcart currently powers more than 16,000 global merchants, and its support team is always available at no additional cost 24/7/365. 3dcart is a Visa PCI Certified provider and a pioneer in mobile commerce and social media marketing. Fully scalable and completely customizable, 3dcart continues to be the ecommerce solution of choice by industry experts all over the world.