The three new brain exercises help individuals train their ability to perceive and react to the size, distance and depth aspects of their daily environment and sport activities. 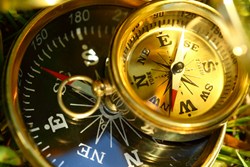 CogniFit is expanding its offering with three new and modern brain games to train users' spatial perception and sense of direction.

CogniFit, a leading developer of scientific brain training and online brain games, announces the release of three additional brain exercises to train spatial perception. Spatial Perception is the ability to evaluate how things are arranged in space, and investigate their relations in the environment. Spatial perception is used everyday and is also an important element for sports such as golf, football, baseball or tennis.

Good spatial perception allows us to grasp the arrangement of our surroundings and our relationship to them. It keeps us from constantly colliding with the objects around us. For example, when shopping, we need to perceive and comprehend the department store layout to snake in between the various departments, go to the restrooms, find our way to the cash registers and finally exit.

The famous psychologist Piaget differentiated between two types of spatial information processing: processing space and objects through direct perception and processing them through the representation of what was directly perceived.

Direct perception is immediate and takes place while actually looking at a visual world or stimulus. Space can be perceived directly when we are motionless (for example when standing) or in motion (for example when driving). For each different visual scene, we will perceive the spatial relations of the objects in that scene with each other. Our brain processes that space which is physically available to us, within the limits of our sight and field of vision.

For example, a person may know and recognize all the bends and turns of a river. This knowledge was acquired based on a direct spatial perception, a perception in the presence of the stimulus in the physical world. However, that same person might also be able to draw a primitive map of the river as it unwinds within its natural context or space (for example, how the river unwinds between villages, near fields, and by the side of a windmill). This ability would be a manifestation of representational spatial perception or the ability to spatially perceive, reorganize and reproduce the general context or surroundings as well as the individual objects and their relation to each other within that context. Such a person may be able to accurately unfold the river backwards in his mind, thus changing the orientation of objects in the scene. Having the capacity to reorganize those stimuli in the brain is a skill which can be trained. Spatial perception is also important in order to help individuals get a better sense of direction and orientation. Poor spatial perception can lead to problems such as claustrophobia and acrophobia.

Strong spatial perception is also a key element in sports. Athletes at all levels constantly use their spatial perception when playing games such as golf or baseball. The capacity to mentally visualize a field, understand current players' positions and a large number of other space related variables is a prerequisite to performance.

Tommy Sagroun, Product Manager at CogniFit, explains: “CogniFit is expanding its offering with three new and modern brain games to train our users' spatial perception and sense of direction. We are constantly adding more fun and useful tasks to our users' training regimens in order to provide them with an ongoing richer and better training experience. Heightened spatial perception is important as we are continuously using this cognitive skill in our daily life.”

About CogniFit
CogniFit is a leading developer of online brain training programs that enable people to discover and improve themselves.

Founded in 1999, CogniFit has developed a unique and patented technology that allows consumers to assess and train their cognitive skills and abilities to improve their quality of life. CogniFit is headquartered in New York City with branches in Europe.

For additional information or interviews inquiries, contact the PR department at media(at)cognifit(dot)com