Trusted software review website Boffin, announces the release of the top free text to speech software list. Balabolka and Panopreter Basic are ranked among the best. 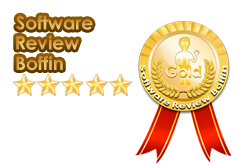 The reviewers carefully examined and put to the test numerous software and evaluated them for their efficiency, user-friendliness, overall result quality and feature set.

The Boffin software reviewers announced their latest recommendations on free text to speech software. The reviewers carefully examined and put to the test numerous software and evaluated them for their efficiency, user-friendliness, overall result quality and feature set.

Among the best no-cost text to speech software the Boffin reviewers included Balabolka version 2.07, Read4Me TTS Clipboard Reader, eSpeak, ReadPLease Plus 2003 and FeyTools. Balabolka v.2.07 is the most recent open source text to speech program released in the Boffin list, only launched last Spring. According to the Boffin reviewers, the program has an edge in that it enhances the generated speech as well as it allows audio saving in various formats for playing on a wide range of different audio-producing devices.

An anticipated addition in the text to speech software recommendation list is Read4Me TTS Clipboard Reader which according to the reviewers is highly efficient and intuitive, allowing users to use hotkeys to initiate text to speech conversion and even adjust audio output volume and speech rate.

The Boffin reviewers also clarified that the recommended software are subject to re-evaluation at any time. It has been mentioned that the actual differences between the top text to speech software were rather minimal. Moreover, in view of new software releases or updated software versions, the reviewers will revisit their software rankings so as to provide accurate and up to date reviews to their readers.