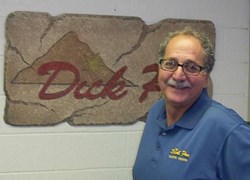 John Attel is a native of El Paso and graduated from Jesuit High School. He attended college locally as well at the University of Texas at El Paso. When John is not serving the needs of customers at Dick Poe Toyota-Scion, he enjoys time at home with his wife Kathy and his three children – Nina, Maisy and Oliver. John also enjoys swimming and classic cars. Prior to joining the Dick Poe Toyota-Scion team, John worked for El Paso Natural Gas and General Motors. John welcomes everyone in the El Paso area to stop in and see all the new things going on at Dick Poe Toyota-Scion.