Major changes to the Patent Bar Exam in January 2014 will be extremely significant for those who will be taking the exam after it has been updated. Wysebridge Patent Bar Review predicts 1/3 new material on the exam. 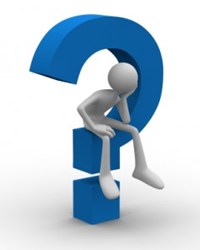 What we now can expect is that the USPTO Patent Bar Exam will encompass all the nuances, details, and specifics of the AIA...resulting in a much harder exam.

Wysebridge Patent Bar Review, the industry leader in providing detailed and personalized study materials for the Patent Bar Exam, reports that The Office of Enrollment and Discipline (OED) of the United States Patent and Trademark Office (USPTO), announced that the patent bar examination will go through another round of updates again, on or about January 24, 2014.

The Examination for Registration to Practice in Patent Cases (known as the Patent Bar Exam) is a prerequisite for becoming a registered patent attorney or patent agent. Patent agents and attorneys are given the ability and authorization to prepare, file, and prosecute patent applications to hopefully secure a patent, which is becoming more and more of an important and valuable item in today's market.

This next patent bar exam update bears significantly on those individuals who will be taking the exam after it has been updated. According to the OED, the next update of the exam will be updated January 2014, covering all topics on the current exam (given April 2, 2013 through about January 21, 2014) and will additionally cover: First-Inventor-To-File Final Rules, Patent Law Treaties Implementation Act of 2012, and Changes to Representation of Others Before the USPTO Rules.

This next batch of changes to the exam will more fully usher in the testing of the America Invents Act (AIA). "What we now can expect is that the USPTO Patent Bar Exam will encompass all the nuances, details, and specifics of the AIA," says Bryan Doreian, creator of Wysebridge's patent bar review materials. These changes could lead to a patent bar exam that is vastly different from an exam offered just days prior, so much so that the exam could contain upwards of 1/3 new material. Such a shift in materials tested means that many of definitions, past exam questions, and rules will change.

"It's going to take some time to see what effects these next round of updates will have on the pass rate and focus of the exam," Bryan says. "Looking at the last round of new material implementation, not only did the number of registers for the exam sharply decline, but the pass rate as well. According to http://www.uspto.gov/ip/boards/oed/practitioner/notices/index.jsp, on May 11th and 18th, the two weeks preceding the last round of changes, hundreds of passing candidates were being reviewed by the public. Contrast that to the huge decline in the weeks after the change: for May 25th: 6 passed. For June 1st: 7 passed. Thus, it's safe as a test-taker to assume the exam will become much harder yet."

While the future of the exam remains unknown, Wysebridge Patent Bar Review is reminding test-takers there are still 5 months before the changes are implemented and the exam becomes harder.