The creator of Logan’s Law is thankful for the support of Dr. Michal Omidi, Maria Abaca, and Julian Omidi co-founders of Animal Support. The initiative, which will create a statewide registry of animal abusers, was introduced to the Michigan legislature in April. 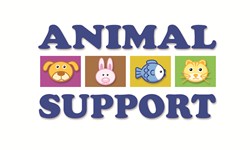 Matt Falk, the creator of a new animal protection bill called Logan’s Law, appreciates the support and endorsement of Animal Support. Logan’s Law requires the registration of animal abusers, which will prevent the adoption of animals to anyone convicted of a crime against an animal. Furthermore, Animal Support co-founders Dr. Michael Omidi, Maria Abaca and Julian Omidi are offering a $500 reward for information leading to the prosecution and conviction of the assailant of Logan, Falk’s 11-year-old Husky that was killed when an acidic chemical was thrown in his face. This event inspired the creation of Logan’s Law.

“When Logan was attacked, the sheriff told me if I didn't see it happen there was nothing he could do,” says Falk. “So I did something. I contacted my state representative and drafted Logan’s Law. Today the initiative will raise awareness of this kind of thing that goes on in our towns and back yards. I want to thank Animal Support and the Omidi brothers for their incredible support . We’re confident that with their help and the help all our great supporters, we will get this law passed.”

Logan’s Law (http://www.loganslaw.org) will create a statewide registry, similar to a sex offender registry, wherein people convicted of animal abuse will be listed. This allows animal shelters and adoption centers to access the names of abusers before permitting an animal adoption. Each offender will be required to pay a yearly registration fee will need to keep his/her address updated. Moreover, there will be a $1,000 fine and/or a year of jail time for any Humane Society officer who permits the adoption of an animal to anyone listed on the abuser registry.

The list of abusers will be accessible to anyone, and even though animal retailers will not be required by law to check the list before finalizing a sale, the registry will be open to any retailer who chooses to do so nonetheless. The bills HB4534 and HB4535 were introduced in the Michigan state legislature and referred to the Judiciary committee on April 10, 2013.