NuvaRing Blood Clot Lawsuit Filed on Behalf of a California Woman Who Developed a Serious Blood Clot Disorder Allegedly Due to Use of NuvaRing, Reports Alonso Krangle

A NuvaRing lawsuit recently filed by Alonso Krangle alleges that the plaintiff’s use of NuvaRing caused her to develop a severe blood clot condition known as deep vein thrombosis and that Organon failed to warn women about the risk of such serious side effects associated with NuvaRing use. 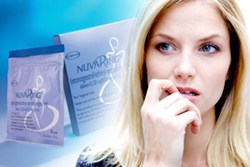 For a FREE NuvaRing lawsuit evaluation to those who sustained injuries such as blood clots and pulmonary embolisms, that could be linked to NuvaRing, call 1-800-403-6191 or visit FightForVictims.com

For a FREE NuvaRing lawsuit evaluation to those who sustained injuries such as blood clots and pulmonary embolisms, that could be linked to NuvaRing, call 1-800-403-6191 or visit FightForVictims.com

Alonso Krangle’s attorneys have recently filed a NuvaRing blood clot lawsuit against Organon, Merck and other companies on behalf of a woman from California. This case (Case No. 2:13-cv-04195-SDW-MCA) was filed July 9, 2013 in the U.S. District Court of New Jersey and specifically names the defendants to be Organon USA, Inc., N.V. Organon, the Schering Corporation, Merck & Co., Inc., and Merck Sharp & Dohme.

While this NuvaRing blood clot lawsuit case alleges that the plaintiff’s use of NuvaRing caused her to develop a severe blood clot disorder known as deep vein thrombosis, it also contends that Organon and the other defendants knew about but failed to publicly disclose the fact that NuvaRing had a higher risk of blood clot-related complications than oral contraceptives. Additionally, this NuvaRing blood clot lawsuit alleges that the defendants failed to properly safety test NuvaRing and, yet, marketed NuvaRing as a safe and effective birth control medication without warning consumers about the potential risks of severe NuvaRing side effects.

The NuvaRing blood clot lawsuit complaint explains that the plaintiff began using NuvaRing in September 2010. After developing severe leg pain, in August 2011, she sought medical attention and underwent a CT scan. At that time, she was informed that she had developed deep vein thrombosis in her leg. Deep vein thrombosis is serious blood clot disorder in which blood clots become lodged in the body’s deep veins; if these clots break free, they can travel to the heart, brain and/or lungs and cause life-threatening complications. Following this diagnosis, the plaintiff was placed on anticoagulation therapy and was advised to stop using NuvaRing. To this day, the plaintiff is still under anticoagulation therapy and has had to undergo regular follow-up care to monitor her health.

The link between NuvaRing use and the development of serious blood clot disorders like deep vein thrombosis and pulmonary embolism has been reported by many medical researchers within recent years. In fact, in 2012, a study published in the New England Journal of Medicine reported that vaginal rings like NuvaRing could nearly triple women’s risk of developing blood clots, when compared to the risk associated with older birth control pills.
( nejm.org/doi/full/10.1056/NEJMoa1111840 )

Another study published in May 2012 in the British Medical Journal found that women’s risk of developing blood clots increased at least 6.5 times when using vaginal rings like NuvaRing, as opposed to birth control pills.
( bmj.com/content/344/bmj.e2990#alternate )

Seeming to support the alleged link between NuvaRing use and serious blood clots is information from the FDA’s Adverse Events Reporting System (AERS), which has received more than 5,350 reports of serious adverse events related to NuvaRing use since the drug was first introduced in 1997 (though FDA approval was not granted until 2001). Among the most commonly reported adverse effects that patients reported after NuvaRing use were more than 1,170 incidents of pulmonary embolism and more than 1,150 incidents of thrombosis and deep vein thrombosis. According to the FDA AERS, more than 30 percent of women who reported NuvaRing complications required hospitalization, and approximately 3 percent of NuvaRing complications resulted in death.
( adverseevents.com/drugdetail.php?AEDrugID=4584&BrandName=NUVARING )

About Alonso Krangle LLP And Filing A NuvaRing Side Effect Lawsuit

For more information about Alonso Krangle or to join the fight and be a part of our team, please contact us at 1-800-403-6191 or visit our website, FightForVictims.com.