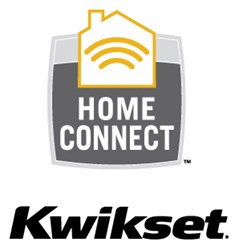 "It's one thing to tell homeowners about home automation and its capabilities; it's quite another to demonstrate those capabilities in such a dramatic setting," said Keith Brandon, Kwiksets Director of Residential Access Solutions.

Shout it from the mountain top: home automation is reaching new heights -- 26,906 feet, to be exact.

That's the height of Cho Oyu, the sixth highest mountain in the world. And that's where an amateur mountain climber will demonstrate the home automation capabilities of Z-Wave using a variety of devices powered by Z-Wave technology. By virtue of the remote location, rugged environmental condition, and lack of technical support capabilities, it is being dubbed the "most remote home automation demonstration ever recorded."

The climb Cho Oyu and the subsequent demonstration -- officially titled the "Z-Wave Himalayan Expedition by Kwikset®" -- will be performed by named Mariusz Malkowski, a 40-year-old technical services manager at Sigma Designs, a member of the 200-member Z-Wave Alliance. Malkowski has climbed world-class mountains on four continents, many of them by himself. Using no supplemental oxygen, Malkowski is scheduled to begin his ascent on September 10 and will conclude his descent on or around October 6.

Using only his smartphone, Malkowski will control various home automation scenes set up in the Z-Wave booth at the CEDIA Expo in Denver (CEDIA is the leading tradeshow in the residential electronic systems industry). Scenes will include locking and unlocking a Kwikset SmartCode™ Deadbolt Lock with Home Connect™ Technology and adjusting temperature on his Remotec Thermostat as well as controlling other Z-Wave Devices. The purpose is to show end-users the dependability of Z-Wave technology as well as highlighting the overall benefits of home automation.

The CEDIA Expo is being held in Denver, CO from September 28-30, 2013. The exact date and time of the demonstration are to be determined, depending on the pace of Malkowski's ascent. Weather permitting, Malkowski plans to broadcast a live video remote from the mountain summit to the show location so that Expo attendees can watch the demonstration.

Kwikset, the leader in residential security, was named as the lead (Diamond) sponsor of the event. According to Keith Brandon, Kwikset's Director of Residential Access Solutions, the expedition helps spread the message and benefits of home automation in a visually captivating way that is difficult to duplicate.

"It's one thing to tell homeowners about home automation and its capabilities; it's quite another to demonstrate those capabilities in such a dramatic setting," said Brandon. "With our SmartCode locks with Home Connect people may know that they can be locked and unlocked remotely via their smartphones or other web-enabled device. But actually watching them being operated from the sixth highest mountain in the world really drives the point home."

Cho Oyu, which means "Turquoise Goddess" in Tibetan, is the westernmost major peak of the Khumbu sub-section of the Mahalangur Himalaya, 20 kilometers west of Mount Everest. The mountain stands on the Tibet-Nepal border.

About the Z-Wave Alliance

Established in 2005, the Z-Wave Alliance is comprised of industry leaders throughout the globe that are dedicated to the development and extension of Z-Wave as the key enabling technology for 'smart' home and business applications. Representing a broad range of industries, channels and consumer touch points, the Z-Wave Alliance members all share a common goal -- to bring advanced yet practical wireless products and services to market that work together seamlessly, regardless of brand or vendor. This interoperability between products and brands is unique to Z-Wave, which each Alliance member has adopted as its wireless technology of choice.
http://www.z-wavealliance.org