Labor Day weekend conference will bring free-market activists together with leading voices on economic freedom and will be led by Governor Bobby Jindal. The Defending the American Dream Summit brings together free-market champions from Main Street to Capitol Hill for a weekend of education, networking, strategy, and celebration of the American Dream. 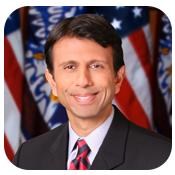 “I’m thrilled to announce the addition of Governor Jindal to the Defending the American Dream Conference. As a two-term governor and current Chairman of the Republican Governor’s Association, Governor Jindal is one of the most important voices spreading the message that the American Dream is for all Americans. As the son of immigrants he understands and appreciates the unique promise this country offers its citizens as well as anyone.”

“Governor Jindal has fought for economic freedom and won major victories in his home state. Additionally, he’s been a forerunner in opposing ObamaCare’s Medicaid expansion into his state and others. His leadership has been integral to getting over 20 states to reject Medicaid expansion under ObamaCare. With these stellar credentials, we’re confident that the Governor’s remarks will be among the highlights of this year’s conference.”

The Summit will be held on Friday, August 30 and Saturday, August 31 at the Loews Royal Pacific Hotel at Universal Studios Orlando Resort in Orlando, Florida.