Civic Duty co-founded by Julian Omidi and his brother Dr. Michael Omidi are new supporters of the Emily Shane Foundation, a non profit 501(c) 3 charitable organization created to honor the memory of 13 year old Emily Rose Shane who was tragically killed by a suicidal driver on April 3, 2010. The goals of the Emily Shane Foundation are threefold: the SEA (Successful Educational Achievement) Program provides one on one mentoring for at risk, struggling middle school students who are in the mainstreamed classroom; the good deeds “Pass it Forward” website aims to inspire 100 million acts of kindness; and both creating awareness and seeking solutions to the issue of safety on Pacific Coast Highway in Malibu. 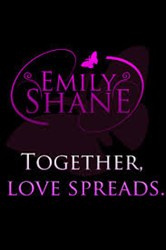 The non profit organization Civic Duty co-founded by Dr. Michael Omidi and his brother Julian Omidi has recently joined forces with the Emily Shane Foundation, an organization dedicated to honoring the memory of 13 year old Emily Shane who was killed by a suicidal driver on April 3, 2010.

“It’s impossible for anyone to imagine the shock and pain suffered by Emily’s family in the wake of this terrible tragedy,” says Dr. Michael Omidi. “My brother and I are privileged to “Pass it Forward” and support the Emily Shane Foundation.”

The mission of the non profit Emily Shane Foundation is comprised of three main initiatives: one is a good deeds website, which encourages people all over the world to perform any act of kindness - “Passing it Forward.” The Foundation’s goal is to motivate 100 million others to make a difference for another human being in Emily’s name and to honor her persona.

The second is the SEA Program (Successful Educational Achievement), an educational initiative which provides one on one mentoring to struggling middle school students, focusing, but not limited to those with learning/processing issues. The SEA Program targets only those students who could not otherwise afford this much-needed support and risk “falling through the cracks.” It is solely for those students in the mainstreamed public school classroom. The “cost” to the student participants is to perform a good deed for each and every mentoring session and to post their good deed on the website.

The third mission is to raise awareness and seek solutions to the dangers of Pacific Coast Highway in Malibu. A Kickstarter.com campaign has just begun to raise funds for a documentary film to be created to serve this purpose. The family hopes to prevent others from suffering the fate of Emily and many others on this stretch of road.

On the evening of April 3, 2010, 13 year old Emily was walking along the shoulder of Pacific Coast Highway (there are no sidewalks) in Malibu. She had just left a friend’s house and was heading to meet her dad a short distance away. A speeding car with an angry, aggressive driver behind the wheel, who was acting out his personal and emotional problems struck and killed Emily. He had traveled a distance of 17 miles, driving in an extremely dangerous and reckless manner, prompting over six calls to 911 along his route.

Emily Rose Shane was a compassionate and generous soul. Faced with overwhelming grief and loss, the family of Emily Shane established the Foundation that bears her name in the hope that her values and persona will forever be remembered through philanthropic initiatives and acts of helping others to make a difference.

Over the past year, the SEA Program has truly changed the lives of 22 students at Malibu High School (middle school), John Adams Middle School (JAMS), and St. Anne School (middle school) by helping with all aspects of academic success – from organizational skills, study skills, help with homework, assignments and test preparation. In addition, SEA Program mentors serve as positive role models. Their role is to help, listen, care and not judge. To date, people from over 47 countries have entered their good deeds on the Emily Shane Foundation website. Civic Duty urges you to pay tribute to Emily by helping others in her name – just go to the website (emilyshane.org) to enter your good deeds. To promote safety on Pacific Coast Highway, a Kickstarter.com campaign was just launched. The goal is fund a documentary film about Pacific Coast Highway in Malibu; the aim of this film is to create awareness of the dangers of this highway, help provide solutions and prevent future tragedies. The Kickstarter.com link is below for more information:

The Emily Shane Foundation (http://www.emilyshane.org) was created in the aftermath of a terrible tragedy when a suicidal driver struck and killed 13 year old Emily Rose Shane who was walking to meet her dad. She was on the shoulder of Pacific Coast Highway (there are no sidewalks) in Malibu. She had just left a friend’s house. The Foundation’s SEA (Successful Educational Achievement) Program provides one on one mentoring to at risk middle school students, who are in the mainstreamed classroom, risk failure and cannot otherwise afford any type of support. The only “cost” to the students is that they must perform a good deed for each mentoring session and post it on the Foundation’s website. To honor Emily’s kind and selfless nature, we encourage everyone to join us in our “Pass it Forward” campaign. Perform any act of kindness for another person or living creature. It doesn’t matter if it is a simple gesture or a life changing one. Be inspired to honor Emily’s generous spirit and make a positive impact on the world! Enter your good deeds at emilyshane.org. The Foundation also works to create awareness of the dangers of Pacific Coast Highway. To spare families the grief they and many others have had to endure, the Foundation has launched a kickstarter campaign to create a documentary film to this effect.

Click here to support the film: PCH: Probably. Cause. Harm.

Civic Duty (http://www.civicduty.org) is dedicated to mankind’s search for meaning and promotes the values of its founders, philanthropists Julian Omidi and his brother Dr. Michael Omidi. The charity’s mission is to inspire creative outreach, community service, and volunteerism through the stories of every-day people who are making an extraordinary difference in the world. Mahatma Gandhi once said, “Man becomes great exactly in the degree in which he works for the welfare of his fellow men.” To get involved and help make a difference, send us a message using the website’s Contact Us function. More information about Civic Duty can be found on Facebook, Pinterest, Google+, and Twitter.