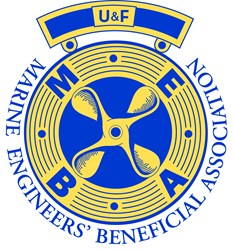 The video highlights the benefits of membership in addition to providing an historical perspective of why it’s important for the M.E.B.A. to work to enhance the welfare of its members and the well-being of our U.S. flag merchant marine.

The Marine Engineers’ Beneficial Association (M.E.B.A.) released a new recruiting informational video that stresses the importance of the U.S. maritime industry, reveals the quality of M.E.B.A. marine officers and highlights the advantages and benefits of membership in this united and fraternal professional organization.

Since the end of World War II, the US-merchant fleet plunged from 43,000 vessels to just over 1,150 at the beginning of the Korean conflict. U.S.-flag vessels have declined to the point that today less than 2 percent of all international cargo moving in and out of the US moves on American flag bottoms. The video serves to emphasize the need to strengthen and revitalize America’s long standing and essential seafaring tradition.

“We believe it is critically important to get the word out to ensure M.E.B.A. continues to offer a stable workforce of qualified and experienced maritime officers, educated through our comprehensive training plan to be the best mariners in the world, ready for the ever-changing technical complexity of our industry,” stated M.E.B.A.’s President. “The video highlights the benefits of membership in addition to providing an historical perspective of why it’s important for the M.E.B.A. to work to enhance the welfare of its members and the well-being of our U.S. flag merchant marine.”

Maritime TV, (http://www.MaritimeTV.com), a subsidiary Internet TV Channel on the TV Worldwide Network (http://www.TVWorldwide.com) was selected by M.E.B.A. to produce and distribute the video via its Internet TV channel database, industry press outlets and other media.

“We are pleased to have been selected by M.E.B.A. to produce this video,” commented Dave Gardy, Chairman and CEO of TV Worldwide, Maritime TV’s parent network. “Our goal was to demonstrate some of the unique facets of M.E.B.A. membership, the renowned training opportunities and the important role M.E.B.A. members have played in the development of the U.S. maritime industry since 1875.”

The video is available for viewing at this link, MEBA 2013 Video, on Maritime TV, and will be uploaded to the M.E.B.A. website (http://www.mebaunion.org). Inquiries to obtain DVD copies or other video formats of the presentation may be directed to info(at)tvworldwide(dot)com .

About the Marine Engineers’ Beneficial Association
The M.E.B.A., America’s oldest maritime labor union, supplies U.S. Coast Guard-licensed deck and engineering officers in both the U.S. domestic and international trades. The Union was established in 1875. Its members serve aboard containerships, tankers, tugs and barges, research vessels and ferries. In wartime, M.E.B.A. members have sailed in virtually unarmed merchant ships delivering critical defense cargo despite attacks from enemy aircraft, submarines and warships. In times of peace, our members still face dangers such as piracy on the high seas in order to serve their country.

About Maritime TV, a Subsidiary of TV Worldwide
As a pioneering global Internet broadcasting and streaming media company, TV Worldwide developed the first Internet TV network of community-based interactive channels, including Maritime TV in 1999. Maritime TV is now the industry’s pre-eminent channel for live and archived webcasts and video presentations involving the commercial and military shipping industry. Programming on Maritime TV ranges from congressional hearings on important marine industry issues, to live interactive town hall and advocacy group meetings, to training on shipboard safety and operational fundamentals. Maritime entertainment-based programming is also available, including the entire collection of episodes from the renowned television series, ‘Victory at Sea’. Over time the channel has also evolved into a leading source of industry-specific information for media outlets in the mainstream press, such as USA Today. Maritime TV is pleased to serve this industry, so vital to the global economy, as the world’s first maritime TV channel.

About TV Worldwide
Founded in 1999, TV Worldwide developed the first Internet TV network of community-based Internet TV channels, primarily targeting niche professional communities ranging from the Maritime industry to the Digital Media sector. Known by many in the industry as "Intelligent Internet TV," Fortune 500 companies, 35 government agencies, and numerous International associations, including the National Association of Broadcasters, utilize TV Worldwide's live and archived state-of-the art video streaming content applications and Internet TV channels. In recognition of the company's unique achievements in new media, TV Worldwide was selected by the National Academy of Television Arts and Sciences (NATAS) to webcast past Daytime Emmy Awards and the Emmy awards for Technology and Engineering. CEO Dave Gardy has been honored by Streaming Media Magazine in 2008 as one of the 25 Most Influential People in Streaming Media. Mr. Gardy has served as the President of the International Webcasting Association (IWA).