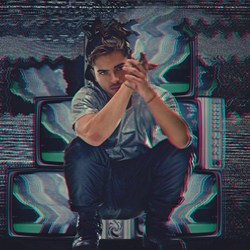 Bullying and oppressing people is what cowards do. And in my eyes he is a coward.

Out rapper, singer/songwriter and producer Solomon releases a statement regarding Russia’s recently passed law banning LGBT propaganda. Not shy of being revolutionary, the out rapper has always been outspoken even in a homophobic genre such as Hip-Hop. After speaking to Russian fans on Twitter this weekend about turning down a show, the singer says this:

“It absolutely breaks my heart to see this happening to my Russian brothers and sisters. In fact, it angers me. I sometimes forget how blessed I am to live in a city where being gay isn’t just simply tolerated, but celebrated. It is my hope that President Vladimir Putin puts on a shirt and realizes that there are far more crucial and real issues in his country that needs to be fixed. Bullying and oppressing people is what cowards do. And in my eyes he is a coward. This law is very disgusting.”

In a recent feature last week with Out Magazine, Solomon spoke about his young fan base and the importance of being an openly gay entertainer. Constantly being asked why he decided to come out about his sexuality, Solomon insist it’s for the benefit of his fans and community. Just last year the singer spoke openly about the outrage against Chik-fil-A and even addressed closeted musicians.

In the Hip-Hop community alone the singer acknowledges the homophobia and fear of being gay. “There are a lot of artist out there who I know personally who deny the fact that they are gay,” The singer explains. “It’s their personal decision, and while I may be friends with them, I don’t respect it. But as far as myself, I hear everyday how inspiring I am to my fans, and I wouldn’t change that for anything.”

With the end of this year seeing the release of his debut album Why Boys Cry, Solomon plans to stay vocal about gay rights will continue to stay at the forefront. “We’ve made huge advancements as a community, but worldwide, and even in our own backyard, there is still a lot of work that needs to be done.”

Solomon’s new single, “The Way We Were” is currently available worldwide on iTunes and all major music retailers.

ABOUT SOLOMON: Born a Capricorn, Solomon is a singer/songwriter, rapper and producer. Introduced in 2008 on Eminem’s Shade45 Sirius Radio Show, the artist has gone on to release a plethora of singles, remixes, EP’s and mixtapes. With music videos debuting on MTV, VEVO, Logo’s NewNowNext and more, the singer has toured with the likes of Deborah Cox, Kelly Rowland and headlined a show at West Hollywood’s Key Club. Solomon is currently in the studio working on his debut album, Why Boys Cry, slated for a 2013 release. For all things Solomon, please visit solomon-music.com