Companies May Not Use Private Agreements To Undermine Employees’ Statutory Overtime and Discrimination Protections, Says Court 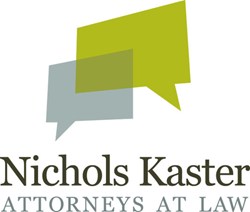 This case sets a clear standard: corporate employers cannot evade the law by requiring an employee to sign an agreement promising to give away her statutory rights.

In a highly-anticipated ruling this week, the United States Court of Appeals for the Sixth Circuit set an important precedent for employee rights, reinstating the overtime and gender discrimination claims brought by a FedEx employee represented by Nichols Kaster, PLLP.

Although the federal laws at issue provide employees with three years to file a lawsuit, Boaz had signed a standard FedEx employment application which stated that she must bring her lawsuit within six months, or lose her claims. The district court in Tennessee dismissed her claims, citing the signed application, and the fact that Boaz’s claims were more than six months old.

Boaz appealed the court’s judgment to the United States Court of Appeals for the Sixth Circuit. The court of appeals unanimously sided with the employee, reversed the district court’s dismissal, and sent the case back to the district court for trial.

The Sixth Circuit, in an opinion filed on August 6, 2013, reasoned that allowing employers to shorten the amount of time available to file a lawsuit would undermine the laws’ bedrock substantive protections. The Fair Labor Standards Act, enacted in 1938, sets the minimum wage, requires overtime premiums for most workers, and prohibits child labor. The Equal Pay Act, passed by Congress in 1963, requires that male and female workers receive the same pay for performing the same or similar work.

Circuit Judge Raymond M. Kethledge, writing for the court, said that “an employer could circumvent the Act’s requirements—and thus gain an advantage over its competitors—by having its employees waive their rights under the Act.” Turning to the six-month limitations period FedEx was attempting to enforce, the court observed that such waivers “would nullify the Act’s purpose of achieving a uniform national policy of guaranteeing compensation for all work or employment engaged in by employees” covered by the laws.

Adam Hansen, the Nichols Kaster attorney representing Boaz, said, “This case sets a clear standard: corporate employers cannot evade the law by requiring an employee to sign an agreement promising to give away her statutory rights.” Hansen added, “We’re thrilled with the result in this case.”

“There is a lot of public interest in making sure that these statutes are honored,” said Stephen Biller, of the Biller Law Firm, in Memphis, Tenn., who represented Boaz along with Nichols Kaster.

The kinds of employment agreements at issue in the case can be tempting to both employers and employees, said Hansen. “If an employer like FedEx can limit its exposure to lawsuits using private agreements, it gives the company an advantage over its competitors,” said Hansen. On the other hand, employees “may be willing to bargain away their rights, if it helps them get a job—especially in this tough economy.” The enforcement of private agreements waiving statutory rights creates a classic race to the bottom, said Hansen. “Companies and employees would look at the situation and say, ‘Maybe I need to do this to be competitive.’” The Sixth Circuit’s ruling ultimately protects “employees, employers who want to play by the rules, and the rule of law,” said Hansen.

Commenting the court of appeals’ decision, Boaz said she had just two words: “Lilly Ledbetter,” referring to an Alabama woman who complained she had been paid less than men at the end of a 19-year career as a supervisor at a tire factory, but did not learn of the pay discrimination until the end of her employment. Ledbetter lost her case in a controversial Supreme Court ruling; a slim majority of the Court ruled that Ledbetter was too late in bringing her claims because the decision to pay her less than her male coworkers—the event triggering her right to sue—occurred outside the statute of limitations. The first law signed by President Barack Obama in 2009, the Lilly Ledbetter Fair Pay Act, clarified that the right to bring a lawsuit is reset with each new paycheck affected by a discriminatory action.