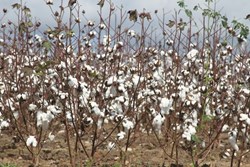 These photos took me, I didn't take them. - Photojournalist Mark Person

Stark, serene and poignant metaphors of the Deep South and dreaming the American dream are captured in both color and black/white images that comprise the exhibit "Staying Grounded: The Photography of Mark Person." On permanent display at the Zion Union Heritage Museum on 276 North Street in Hyannis, Massachusetts since November 2012, the collection by Cape Cod-based photojournalist Mark Person has captivated art critics and aficionados so much that "Staying Grounded" is now taking flight as a traveling exhibit.

From August 23 through September 23, the collection will move to PAC-TV Gallery, located at Four Collins Avenue in Plymouth, Massachusetts. (A live broadcast of the August 23rd Artist’s Reception, sponsored by Artist Exposure Gallery at Howland Street in Plymouth, can be viewed at http://www.pactv.org.) The exhibit will then travel to the Groton Boarding School Gallery, 282 Farmers Row in Groton, Massachusetts in January and March 2014, and at Great Ponds Gallery at Lakeville Public Library, Four Precinct Street in Lakeville, Massachusetts during February 2014.

Having grown up in rural Alabama and Georgia, Person’s themes of faith, family and following one’s dream are central to his soulful artistry. "This exhibit is very personal to me because no matter how far one goes in life, it’s always about staying grounded," he shares. "I’ve learned that you have to go through things to get through things. The images in Staying Grounded reflect that."

A sampling of the collection includes "Georgia Gold": a plethora of cotton plants; "Protection": an ancient tree overshadowing a dilapidated home in rural Georgia; "Commerce": an engraving on the wall of the Old Slave Mart Museum in Charleston, SC; and "Tuskegee Airmen": the first African-American military aviators in the United States armed forces, now in their 90s.

Person is most drawn to photographing "scapes" – land, sea and city – although fashion, celebrity and music are frequent subjects of his images, as well. His photos have been described as simplistic, pure and emotive of spirit; and his style has been compared to Ansel Adams. "As a photojournalist, I feel an imperative to extrapolate and capture slices of life through the prism of the heart. I am a vessel, with Spirit and the wisdom of my ancestors moving through me."

To schedule an interview or to request "Staying Grounded" at your venue, contact Mark Person at 774.487.1427 or Mark(at)dreamproducer(dot)com.

Watch a video of Mark Person speaking about the "Staying Grounded" exhibit: http://youtu.be/7P_Wx9USwOk .