The complaint alleges that the company failed to pay proper overtime wages. 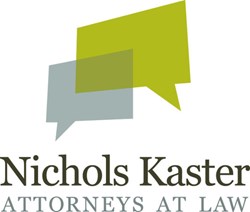 The law is straightforward: employees who are paid by the hour must also be paid time and a half for all overtime hours worked...

A former employee of Lexicon, Inc./L-Con, Inc. filed a proposed collective action lawsuit in Texas federal court alleging that these companies unlawfully failed to pay him and others similarly situated proper overtime wages. The lawsuit alleges that L-Con and its parent company, Lexicon, violated the federal Fair Labor Standards Act by failing to pay time-and-a-half to its foremen, and those who worked in similar positions, when they worked more than forty (40) hours in a week. According to the Complaint, the Defendants paid these employees on an hourly basis for all hours worked, but did not pay the overtime premium required by the FLSA that they paid to other hourly employees they worked with.

L-Con, also referred to as “L-Con Constructors” or “L-Con Engineers and Constructors”, is an affiliate company of defendant Lexicon, and maintains an office in Houston, Texas. It is a division of Lexicon that focuses on petro-chemical and refining, power, and heavy industrial markets. According to the complaint, Lexicon, through its affiliate companies, provides fabrication, erection, and mechanical installation services across the country.

Curtis P. Zaun, who represents the plaintiff, stated, “The law is straightforward: employees who are paid by the hour must also be paid time and a half for all overtime hours worked. The defendants paid their employees an hourly rate, but did not pay them the legally-required time and a half for their overtime. The employees in this case worked long hours and we intend to help them recover all the unpaid overtime wages they are owed.”

The plaintiff is represented by Paul J. Lukas and Curtis P. Zaun from Nichols Kaster, PLLP in Minneapolis, Minnesota. The case was filed in federal court in the United States District Court for the Southern District of Texas, and is titled Navarro v. Lexicon, Inc., and L-Con, Inc., Court File No. 4:13-cv-02401.

Additional information about this case can be found at http://www.nka.com or by contacting Nichols Kaster, PLLP, toll-free at (877) 448-0492.