TomTom GPS Watches Voted Easiest to Use by HRWC

TomTom GPS watches have been voted the easiest to use GPS watch for 2013 by the testers at the Heart Rate Watch Company. The single button serving as a simple menu navigation device was cited for the selection. 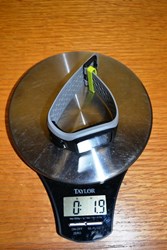 Manufacturers need to become smarter and start making their technology easier and easier to use.

TomTom GPS watches have been voted the easiest to use GPS Sports watches for 2013 by the Heart Rate Watch Company.

"The single button joystick-type navigation is fast and intuitive," says Rusty Squire, President of the Heart Rate Watch Company. He adds, "We think more companies should adopt this level of simplicity in menu navigation to attract more users."

"This is not to say we feel they are the best GPS watches, simply to say that we feel their navigation menu is the best," says Squire. He adds, "They also acquire satellites faster than any other GPS watch, often taking five to 10 seconds, and high screen resolution."

A Great Option for Women

"The TomTom Multisport GPS watch weighed just 1.9 ounces and was by far thinner than any other units we have tested," says Squire. He adds, "We think this will hold appeal for some women that have largely ignored GPS watches as an option due to size and weight."

Shrinking technology that measures pace, heart rate and distance data should be a real priority for all manufacturers according to Squire. "Women are over unisex shape and watches that fit like they were made for a guy," says Squire.

TomTom Runner GPS watch offers the same navigation, fast satellite acquisition, thin profile and lightweight. "We really like what TomTom GPS watches look like right out of the gate," says Squire. He adds, "Further evolution of their training software should further expand the features."

The Need For Simplification

"Manufacturers need to become smarter and start making their technology easier and easier to use," says Squire. He adds, "This message often seems lost on many of the manufacturers in the fitness industry, yet it is what customers are asking for every single day."

"We are happy that TomTom GPS watches have shown others what can be done with a little innovative thinking and hopefully this message will be heeded," says Squire.

All TomTom GPS watches are available at the Heart Rate Watch Company. "If you'd like some real expert advice from a company that only specializes in fitness electronics, then call us at 866-586-7129," says Squire.

TomTom GPS Watches Are Much Thinner Than Most Traditional GPS Watches