Healthy Aging: It’s in Your Genes but New Research Study Suggests You Can Take Steps to Shift the Balance. 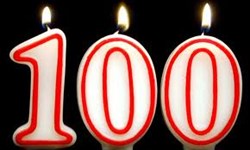 a simple strategy for healthy aging for the elderly population should be to adopt a moderate physically active lifestyle and to ensure an adequate intake of dietary antioxidants to minimize oxidative stress to a basic level.

A new research study conducted by Serena Dato et al.*, and published in the August 2013 issue of the International Journal of Molecular Sciences, cites oxidative stress as both the cause and consequence of impaired functional homeostasis characterizing human aging. The diminishing efficiency of our natural response to oxidative stress as we age represents a health risk and leads to the onset and progression of major age-related diseases.

The authors believe that in contrast to normal aging, centenarians seem to have evolved conservative stress response mechanisms, probably derived from a combination of a diet rich in natural antioxidants, an active lifestyle and a favorable genetic background. A favorable genetic make-up accounts for about 25% of the variation in human lifespan and is characterized as being particularly rich in genetic variants that are able to counteract the stress overload at the level of both nuclear and mitochondrial DNA.

The response to oxidative stress is a highly complex system that involves an integrated network of molecular activities, ranging from immunity to inflammatory activation and regulation, to glucose homeostasis and mitochondrial metabolism. Human longevity is believed to be associated with maintaining the complexity in the physiological pathways for dealing with stressors within the cell.

The study authors state that centenarians are believed to be endowed with a genetically favorable stress control system, but even if not so endowed, steps can be taken to maintain the control system required to support healthy aging. The lifestyle factors that have the greatest impact on our oxidative stress response include impaired nutrition, reduced physical activity, alcohol consumption, and cigarette smoking. Physical activity and diet, in particular, have been suggested to seriously influence the oxidative stress response in humans, tipping the balance of oxidative burden/antioxidant response to one side or the other.

A common marker of aging is the progressive decline in physical activity levels, but regular physical activity is able to improve metabolic status and insulin sensitivity, as well as modulate age-related changes in weight and body composition in older individuals. Overall, a well-balanced and healthy eating plan, with fewer calorie dishes, rich in vegetables and fruits but low in animal fats, red meat and carbohydrates, can allow the long-lived to benefit from antioxidant natural defenses and also to maintain a healthy weight.

The authors conclude that genetic background undeniably has an important role in the individual’s ability to counteract oxidative stress and to delay the effects of aging, but much can be done to minimize the stress load we typically endure. In particular, a simple strategy for healthy aging for the elderly population should be to adopt a moderate physically active lifestyle and to ensure an adequate intake of dietary antioxidants to minimize oxidative stress to a basic level.

“The conclusions reached by the authors of the study on Healthy Aging & Human Longevity represent the best thinking of investigators who work in this area”, stated Gerald Bruno, Ph.D., Founder of Ethical Alternative Products. “While few would argue with these conclusions, only a small number of people within our aging population will effectively and consistently incorporate these lifestyle changes into their everyday life” stated Bruno. “Unfortunately, many seniors are precluded from even moderate physical activity because of joint pain, and few can consistently maintain a diet that is rich in natural antioxidants”. “The OmniFlex joint health supplement was developed to facilitate restoration of joint mobility, and ThioGel solubilized alpha lipoic acid is a high bioavailable formulation that supplements lifestyle changes aimed a counteracting oxidative stress” stated Bruno.