Milaap.org Crowd-Sources Over Rs. 1,000,000 in a Maiden Student-training Fundraising Campaign 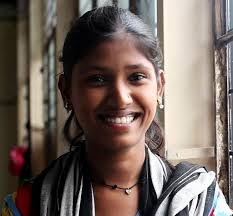 Milaap.org, an online micro-lending platform, chose to celebrate India's Independence Day by raising funds for deserving students. Milaap's lenders came together to raise funds from their friends and family in a maiden effort to crowdsource loans for educational training.

When Milaap launched the Adopt-A-Student campaign, 40 enthusiastic fundraisers came forward. They took on the challenge of getting their respective students full funding to attend their courses by the end of August. This campaign marks Milaap's pilot program for training deserving youth in India.

The response was overwhelming, with over Rs. 1,000,000 raised in a month. This amount came from over 200 lenders, with contributions ranging from Rs. 300 to Rs. 33,000. People from India, Singapore, USA, Germany participated both on an individual, as well as organizational, basis. These students will now go on to receiving training in various fields including teaching, programming and hardware.

One of Milaap’s fundraisers from the USA, Barbara Lunnon, has been highly keen on this campaign. She has even written a review about her experiences with Milaap, and to gather support for her fundraiser. In her words, “I’ve been really surprised and heartened by the donations of friends, fellow review writers, friends of friends and even total strangers that have somehow found my campaign.”

Thanks to Milaap's extremely avid fundraisers and lenders, the campaign has seen 40 deserving students get a chance to pursue the education that they have always dreamed of. Each one of these lenders will be repaid at the end of the loan cycle, since Milaap believes in giving a “hand up and not a hand-out.”