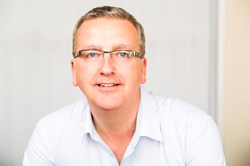 The real shock here is that over 100,000 people who die every year are unable to afford their own funeral; that’s 1 in 5 families in the UK who are left to cope with the financial burden.

Its official. Funeral costs are still rising way above the rate of inflation, according to the newly released annual ‘Cost of Dying’ report by leading Over 50s Life Insurance provider Sun Life Direct.

Ashley Shepherd, Managing Director at Over50choices and Ex-Marketing Director for Sun Life, said, “Unfortunately the results are of no real surprise; Funeral Costs have been increasing by around 7% over the last 9 years resulting in more families facing financial difficulty when it comes to the death of a relative.

"The real shock here is that over 100,000 people who die every year are unable to afford their own funeral; that’s 1 in 5 families in the UK who are left to cope with the financial burden.

"This report is critical in helping people understand the perils of not putting plans in place and the changes we need to make as a nation to cope with the impact our ageing population.”

Ashley has been campaigning for greater awareness when it comes to putting plans in place to cope with both the emotional and financial impact of the death of a family member or close friend and has developed comprehensive guides and the UK’s widest range of funeral payment options on his website Over50choices.co.uk.

In addition to looking at the pros and cons of each of the different ways to fund a funeral which includes:

the site also has an easy to use funeral savings calculator that illustrates the cost of funerals in years to come based on age, highlighting possible shortfalls if left unaccounted for.

This 7th edition of the Cost of Dying report focuses on people’s attitudes and behaviours when it comes to saving money and covering the everyday cost of living. It makes the point that relying on savings may not be enough when it comes to paying funeral costs.

Ashley Shepherd goes on to say, “Given the current economic climate, people are struggling to save money as it is let alone being able to account for any shortfall resulting from the difference between interest rates on savings accounts and funeral inflation. Also it’s important to note that given these tough times, we are all more likely to be forced to dip into any savings we may have for necessities, depleting the funds with no way to rebuild the deficit”.

For more information on funeral planning, visit the site.