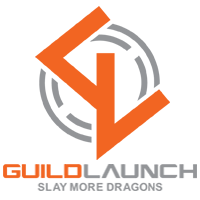 With this year’s vote count surpassing half a million, the Dragon Slayer Awards highlight the importance and force behind this ever-growing community.

Guild Launch, the world’s leading gaming community hosting and management platform, is proud to announce the winners of the 2nd Annual Dragon Slayer Awards. These awards are the only community nominated and voted awards in the gaming industry focused on community managers, builders, and members of gaming. With more than 500,000 votes cast, the Dragon Slayer Awards have been solidified as the largest community awards show in gaming.

“At Guild Launch, our focus has always been on building and enhancing the gaming community,” said Stephen Johnston, President and founder of Guild Launch. “With this year’s vote count surpassing half a million, the Dragon Slayer Awards highlight the importance and force behind this ever-growing community.”

The winners of the 2013 Dragon Slayer Awards are:

To view the awards show and acceptance speeches from the winners, please visit http://www.dragonslayerawards.com.

The company behind flagship service GuildLaunch.com and innovative publishing platform GameSkinny (gameskinny.com), Guild Launch is the leading provider of online gaming platforms based in Richmond, Virginia. Guild Launch delivers site hosting and support services to video game communities and fan sites for over 400 video games and three million registered gamers. The platform provides premium, feature-rich and easy-to-use hosting and social networking to customers playing the most popular video games. A feature set tailored to needs of all types of gamers also includes web forums, raid tracking and DKP, event calendars, recruitment tools, roster imports, and more, all with a degree of security unmatched in the industry.