Authors Join Forces To Call For Action Against The Hate Mongers

A group of authors are taking a stand against the cyber bullies who are becoming more pervasive and brazen throughout all areas of the internet, best selling author Sarah Luddington reports. 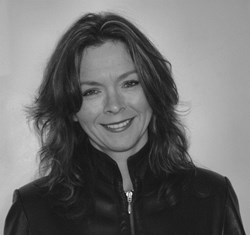 For some reason authors have become the latest victims in the wave of internet bullying which has already claimed several lives within the Social Media arena and is now growing into an epidemic of hate all across the web. The anonymity allowed by many big internet companies is fuelling the epidemic and for some reason they seem reluctant to respond to complaints from the victims of these hate crimes.

High profile blogger The Bookchick has decided it’s time to call a halt and has organised an online petition through change.org to call for abusive reviews to be banned and deleted. Her website says, “At some point, we as a community of readers and authors need to just say NO! This behavior is not okay and we will not just accept that is standard operating procedure for a site as large as Goodreads.”

Websites such as Goodreads and Amazon allow reviewers to leave anonymous reviews and comments with no apparent control of content designed to be hateful or abusive.

Bestselling author Sarah Luddington, herself a victim of the Amazon trolls and hate-mongers, said “I am delighted to see this petition and I urge all authors and concerned readers to sign it.” Sarah writes gay fantasy books and has suffered a torrent of homophobic hate reviews and floods of abusive emails.

As with Ms Luddington’s books, often the hate is sparked by some perceived wrong the author has committed in their writing such as supporting Gay Rights, Gun Control, a religious stance or any other viewpoint with which the troll disagrees. They then go on to leave a string of one star reviews under various false identities and scatter barely literate bile onto any site that will allow them access.

A Facebook site ‘Authors Against Abuse’ is collecting a large following with the intent of finding a way to stop the tide of hate. They also offer authors who fear reprisals the option to join anonymously.

Author of fifteen books Dougie Brimson says on his blog “I know of numerous authors who have actually withdrawn their books from sale because they can’t handle the abuse they’ve received.”

Even when asked to step in, companies such as Goodreads and Amazon are reluctant to take action.
“I asked Amazon to remove one review that actually accused me of filling my book with violent gay rape scenes. Not only a vicious lie but very hurtful,” continued Sarah. “But Amazon refused, claiming ‘It meets our guidelines...’

Author Katherine Ashe has been so persecuted by one particular troll on Amazon and Facebook that she is currently ill in hospital, reports website Stop The GR Bullies.

“If we don’t do something about this soon there will be more tragic incidents like those attributed to Social Media bullying,” said Sarah. “We must take a stand.”