Patients having knee MRI examinations are significantly more likely to receive a negative finding if referred by physicians who have a financial interest in the imaging equipment being used, according to a study published online, September 17, in the journal Radiology. 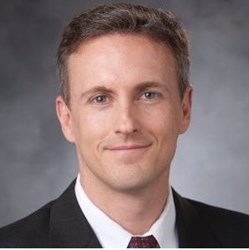 Self-referral has been shown to be an important driver of escalating medical costs. This study has demonstrated powerful evidence of greater use of high-tech imaging when physicians can financially benefit.

Patients having knee MRI examinations are significantly more likely to receive a negative finding if referred by physicians who have a financial interest in the imaging equipment being used, according to a study published online in the journal Radiology.

Imaging self-referral, whereby a non-radiologist physician refers their own patients for imaging to facilities in which they or their partners have a financial interest, is a growing trend in medicine and a significant driver of healthcare costs. Medical imaging self-referral leads to higher utilization and unnecessary imaging examinations.

“Our study was the first to examine one of the most common advanced outpatient imaging studies ordered in the United States today: orthopedic knee MRI,” said Matthew P. Lungren, M.D., co-director of the Interventional Radiology Translational Research Lab at Duke University Medical Center in Durham, N.C. “In our work, we were able not only to evaluate the outcome of the knee MRI examinations ordered by physicians with financial interest in the imaging equipment, but to compare this to another matched referral physician group that had no financial stake in the imaging equipment.”

For the study, researchers reviewed 700 consecutive diagnostic knee exams from 667 patients to determine if ownership of MRI equipment by ordering physicians affected the likelihood of positive findings, and they evaluated the pathology rates as a metric for comparison of utilization. The exams had been interpreted by one radiology practice between January and April 2009 and referred by two separate physician groups serving the same geographic community. The first group had financial interest in the MRI equipment used (FI group), and the second had no financial interest in the equipment used (NFI group).

For each group, the research team analyzed the percentage of negative exams and the frequency of each type of abnormalities found on positive exams.

The results showed that among the 700 MRI exams (350 per group), there was no significant difference in the number of abnormalities per positive scan between the two groups. However, the researchers found that knee MRI exams ordered by the FI group were 33 percent more likely to be negative, indicating a significantly higher number of potentially unnecessary exams. Of the 205 negative exams, 117 belonged to the FI group, compared to 88 for the NFI group. In the FI group, 33 percent of patients referred for exams had negative scan results, compared to 25 percent of the NFI group.

“This occurred despite otherwise highly similar pathology, demographics and referring physician characteristics between the two groups,” Dr. Lungren said. “These findings suggest that there is a different threshold for ordering MRI examinations which may be due to financial incentive.”

Dr. Lungren added that self-referral has been shown to be an important driver of escalating medical costs, and that this study has demonstrated powerful evidence of greater use of high-tech imaging when physicians can financially benefit.

“This increase in unnecessary costs is of paramount importance in the current national conversation regarding health care cost and implementation,” he said.

RSNA is an association of more than 51,000 radiologists, radiation oncologists, medical physicists and related scientists promoting excellence in patient care and health care delivery through education, research and technologic innovation. The Society is based in Oak Brook, Ill. (RSNA.org)