Animal Support and its cofounders -- Dr. Michael Omidi, Maria Abaca, and Julian Omidi -- have made a generous donation to Animal Defenders International (ADI) to assist ADI in its work to end animal abuse. ADI campaigns across the globe on animals in entertainment, providing technical advice to governments, securing progressive animal protection legislation, drafting regulations and rescuing animals in distress. 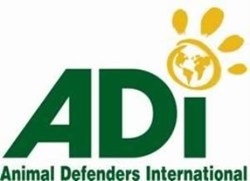 Animal Support and its trio of cofounders recently made a generous donation to Animal Defenders International (ADI), a nonprofit group that campaigns on animals in entertainment worldwide.

“For more than 20 years, Animal Defenders International has worked tirelessly to rescue captive animals, campaign for legislation for the protection of animals, and promote awareness of animal abuse. This is exactly the sort of work that we at Animal Support are excited to endorse,” says Julian Omidi, cofounder of Animal Support. “Our mission is to support and promote like-minded charities, and a new partnership with a leading nonprofit which champions the animals is most welcome.”

Animal Defenders International (http://www.ad-international.org) was founded in 1990. With offices in Los Angeles, London and Bogota, ADI campaigns across the globe on animals in entertainment, providing technical advice to governments, securing progressive animal protection legislation, drafting regulations and rescuing animals in distress. ADI has a worldwide reputation for providing video and photographic evidence exposing the behind-the-scenes suffering in industry and supporting this evidence with scientific research on captive wildlife and transport. ADI rescues animals all over the world and educates the public on animals and environmental issues. ADI has received many celebrity endorsements, which include Ricky Gervais, Sir Paul McCartney, Corey Feldman and Bob Barker.

Animal Support (animalsupport.org) is dedicated to addressing pet over-population and abuse by promoting charities working on behalf of animal well-being. The organization was founded by brothers Dr. Michael Omidi and Julian Omidi along with long-time friend Maria Abaca to advocate for animal protection, rescue, adoption, and spay and neuter laws. Animal Support does not accept donations but encourages direct contributions of money and talents to the charities and organizations featured on our website. For more information about Animal Support, send a message using the website’s Contact Us function, check out Animal Support on Facebook, Twitter, Google+, and Pinterest.