EDM sensation (We Are) Nexus' "It Feels So Good" lands the coveted #1 spot as “Breakout Artist of the Week” on Billboard's Hot Dance Club Play Chart ahead of Foxes "Youth". Their climb to the top continues as the industry watches closely. 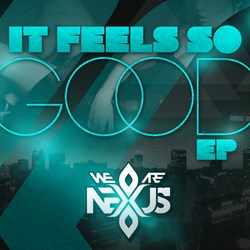 In its first week, Nexus saw a debut on the iTunes Top 100 Dance Chart, peaking at #87, as well as a #99 position on the Canadian iTunes overall chart, proof positive that consumer interest immediately resulted in sales.

It’s certainly feeling good for (We Are) Nexus EDM power duo Carmen Rainer and Nick Gunn as each week proves a new milestone conquered in their quest for international recognition within the EDM community.

This week they landed the coveted #1 spot as “Breakout Artist of the Week” on Billboards Hot Dance Club Play Chart. This positioning, which placed them ahead of highly established names such as Foxes and Jessica Sutta, validates that Nexus are fast proving they are a #1 act.

With a cover to Sonique's 1998 hit song "It Feels So Good", the duo are breathing new life into a trance classic that is resonating with fans across the globe. "We both loved this track in the ‘90s and thought it would be the perfect cover as it still is a highly recognizable song," says Rainier, Nexus vocalist and lyricist. "Nick, (Nexus producer and composer), and I are so grateful we had the #1 breakout track on Billboards hot dance club play this week!"

It was this time last week Nexus were also raising their glasses as they learned they exploded onto the club scene as the third most added track right behind Katy Perry's "Roar" and just ahead of power house Lady Gaga's "Applause."

This kind of momentum anticipates a strong debut on the Billboard Dance Play Chart in the coming week, something both fans and industry alike are looking for as Nexus continue to build strong momentum.

“There's a lot of hard work that goes on behind the scenes," says Gunn. "From making sure you have the right mixes to partnering with the right promoter, it take a tremendous amount of focus and discipline to be a contender in today's growing EDM market. We remain incredibly thankful we have been given a breakout opportunity."

Nexus’ club promoter, Robert Kechter of Next Music Group, hasn’t seen this kind of momentum since he promoted Carley Rae Jepsen. "As a promoter, it's important you have the right package, from the right song choice all the way through to the right mixes, and of course a hard working team inclusive of the artists ability to fight for recognition and success. These are all ingredients that result in this kind of momentum."

Proof of this momentum is clearly indicated in the weeks prior, starting with the street date of "It Feels So Good" on August 13th. In its first week, Nexus saw a debut on the iTunes Top 100 Dance Chart, peaking at #87, as well as a #99 position on the Canadian iTunes overall chart, proof positive that consumer interest immediately resulted in sales.

Mega on-line radio sites such as Fusion Radio have also targeted "It Feels So Good" as an explosive hit and plan to bring the Nexus duo in studio for an interview soon.

The stage is now set for Nexus as they continue to reach new heights as the watchdogs of the industry get ready to embrace EDMs latest sensation and be a part of the movement.

The “It Feels So Good” EP can be purchased on iTunes and from all major online retail stores, wherever music is sold.