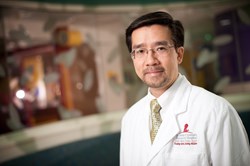 This approach should dramatically improve the outcome for patients undergoing bone marrow transplantation, regardless of their age or underlying condition.

The risk of death following bone marrow transplantation can be reduced about 60 percent using a new technique to identify bone marrow donors who make the most potent cancer-fighting immune cells, according to research from St. Jude Children’s Research Hospital. The findings appear in the September 16 online issue of the Journal of Clinical Oncology.

For this study, researchers reviewed the outcomes of the 313 bone marrow transplants performed at St. Jude during the decade ending in January 2010. Investigators found that patients were far more likely to have survived the transplant and far less likely to have their disease progress if their new bone marrow came from donors whose NK cells included the same version of the protein, rather than the alternative form.

“This approach should dramatically improve the outcome for patients undergoing bone marrow transplantation, regardless of their age or underlying condition,” said Wing Leung, M.D., Ph.D., the paper’s corresponding author and chair of the St. Jude Department of Bone Marrow Transplantation and Cellular Therapy. “NK cells also play an important role in autoimmune disorders, chronic infections and other conditions, so these results will likely have an impact beyond cancer.”

Transplant patients benefited regardless of their disease, previous treatment, completeness of the genetic match or other donor characteristics, including whether the donor was a relative, Leung said. Screening for the NK cell variation uses blood collected for the current donor screening process and will not slow donor selection.

NK cells account for less than 15 percent of white blood cells, but play a major role in defending against cancer and viral infections. This research focused on a protein named KIR2DL1, which belongs to the KIR family of proteins. The KIR2DL1 protein is found on NK cells of nearly all healthy individuals.

Proteins are made up of long chains of amino acids. Due to natural genetic variation, there are 25 versions of KIR2DL1, each with a slightly different amino acid sequence.

In an earlier study, Leung and his colleagues discovered that NK cells with one of the KIR2DL1 variations killed cancer cells growing in the laboratory more efficiently than NK cells with a different version of the protein. The potent NK cells featured the amino acid arginine at position 245 of KIR2DL1 rather than the amino acid cysteine in that spot. That discovery led to this study, which offers the first proof that the amino acid difference impacts patient outcomes.

Researchers checked the outcomes of all bone marrow transplants performed at St. Jude during the 10-year period. They found that donor bone marrow with two copies of the gene for the arginine 245 version of KIR2DL1 was associated with a 60 percent decreased risk of death following transplantation and a 62 percent reduced risk of disease progression compared to transplants with donor bone marrow that carried instructions for making just the cysteine version. The transplants involved patients battling both acute lymphoblastic and acute myeloid leukemia as well as other conditions.

St. Jude has patented and licensed a test to identify potential donors with the preferred amino acid. The goal is to make the screening test widely available to other transplant centers as soon as possible, officials said.

The research was supported in part by grants (CA02176524 and CA021765) from the National Institutes of Health, the Assisi Foundation of Memphis and ALSAC.