Following the recent release of the Sun Life Direct cost of dying report, Over50choices speaks to recently bereaved couple Richard and Cassandra about the harsh reality of losing a parent. 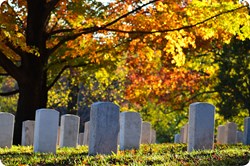 It will happen to us all.

My Dad was a proud, traditional man. I guess you would say he was a private person who wouldn’t want to discuss that type of thing

Released on the 4th September 2013, Sun Life Direct’s annual Cost of Dying report focuses on the costs and impact of dying, highlighting the continued trend in soaring funeral costs and the nations attitude to saving and everyday living given the current economic climate.

To understand the true impact death can have on a family, funeral planning experts Over50choices speak to Sheffield couple Richard and Cassandra about the loss of a parent and the way it has forced them to think about their own mortality.

Speaking about the couple’s situation, Over50choices founder Ashley Shepherd said that given the emotional and financial impact to families, people need to start thinking about funeral planning much earlier in life. “Richard’s story is a prime example of how putting plans in place can really help at what has to be one of the most difficult times of our life. In addition to making the funeral a more personal affair, his father’s planning has made Richard view his own mortality in a different light, which in turn will make things easier for his immediate family when the time comes.”

Richard’s father died unexpectedly and arguably prematurely by today’s standards at just 71 years of age, having suffered a major heart attack. Although they enjoyed a close relationship, father and son never spoke about death and as a result Richard knew nothing of his wishes. When talking about his father, Richard said: “My Dad was a proud, traditional man. I guess you would say he was a private person who wouldn’t want to discuss that type of thing.”

On going through his father’s paperwork, Richard soon realised that although his father had never talked about dying, he had put plans in place having bought an Over 50 Life Insurance plan that later paid for the funeral costs and noting down specific things like a reading he wanted included at his funeral. He even went on to name the close friend he wanted to read it.

This had a profound effect on the couple. In addition to making the funeral planning process an easier one, they have chosen to think about their own situation and have started making plans of their own.

Having lived together for 11 years with Cassandra’s 21 year old son from a previous relationship, the pair realised they were in a vulnerable position by not having a Will in place. Like many families these days their situation was not straight forward so they needed to ensure they were protected and Cassandra’s son was looked after. As a result the couple have now written a Will and are looking at their options for covering funeral costs.

Saving for a funeral or putting plans in place may seem premature however the Sun Life Direct Report and more specifically Richard’s story goes to show that funeral planning helps regardless of age.

In addition to the UK’s widest choice of funeral payment options, http://www.Over50choices.co.uk also walks visitors through all aspects of funeral planning.