Sean Foy from Amazon and Stephanie Ogden from Belkin focus on eReading growth in emerging markets. 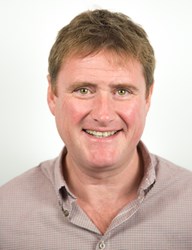 As Kobo looks to help transform how people around the world read, the leadership and experience Sean and Stephanie bring to Kobo will be instrumental in our growth as we continue to bring new solutions and experiences for Readers to market.

Kobo, a global leader in eReading, today announced the appointment of Sean Foy, Managing Director of Kobo Luxembourg, and Stephanie Ogden, Managing Director of Kobo Asia-Pacific and South Africa. Supporting Kobo’s growing international presence, Foy and Ogden will lead teams responsible for the continued expansion of Kobo’s eReading platform through localized online experiences, strategic partnerships with the world’s best booksellers and retail partners, and new eReading services and content offerings to meet the needs of the world’s most passionate Readers.

“The shift from print to digital has only just begun and markets across Europe, Asia-Pacific and South Africa are poised for tremendous growth,” said Michael Serbinis, CEO, Kobo. “As Kobo looks to help transform how people around the world read, the leadership and experience Sean and Stephanie bring to Kobo will be instrumental in our growth as we continue to bring new solutions and experiences for Readers to market.”

Heading up Kobo’s office in Luxembourg and responsible for developing superior content experiences for Kobo’s Readers, Foy brings 25 years of retail experience to his new role including a deep knowledge of the eReading industry. Prior to joining Kobo, he was head of Operations for Kindle in Europe at Amazon where he oversaw the growth of the business in Europe beginning with the UK, the first international venture for Kindle, and then expanding his portfolio to include Germany, France, Italy, and Spain.

“Kobo’s commitment to reading – encouraging more people to read, making it more accessible via digital platforms, and ensuring it’s available on a global scale – is exciting and motivating to anyone who joins the company,” said Sean Foy, Managing Director at Kobo Luxembourg. “It’s refreshing to see the dedication the Kobo team has to bringing a superior reading experience to the market and their commitment to staying focused on the Reader.”

With 19 years of experience in the consumer electronics industry, Stephanie Ogden has held leadership roles with various organizations – from start-ups to international brands with a focus on business and brand development. Throughout her career, Ogden has helped companies like Sega Ozisoft and Belkin become established in Australia and New Zealand, quickly becoming market leaders. At Belkin, Ogden and her team took the company from a start-up to a profitable multi-million business with a national sales team in a few short years. Focused on building Kobo’s retail and partner networks, Ogden will apply her track-record in building market share to key markets including the company’s recent entry into the Philippines.

“The opportunity to work for a company like Kobo that is bucking the trend of becoming all-things-to-all-people, and instead doubling down on Readers is an exciting proposition,” said Stephanie Ogden, Managing Director at Kobo Australia, New Zealand and South Africa. “Kobo is well positioned for further growth in the Asia Pacific and South African regions, and I look forward to working with our partners to develop rich experiences for those markets.”

About Kobo Inc.
Kobo Inc. is one of the world’s fastest-growing eReading services offering nearly 4-million eBooks, magazines and newspapers to millions of customers in 190 countries. Believing that consumers should have the freedom to read any book on any device, Kobo provides consumers with a choice when reading. Kobo offers an eReader for everyone with a wide variety of E Ink eReaders and Google-Certified Android tablets to suit any Reader’s style including the award-winning Kobo Touch™, Kobo Mini, Kobo Glo, Kobo Aura, Kobo Aura HD, Kobo Arc, Kobo Arc 7, Kobo Arc 7HD, and Kobo Arc 10HD. Along with the company’s free top-ranking eReading apps for Apple®, BlackBerry®, Android®, and Windows®, Kobo ensures the next great read is just a page-turn away. Headquartered in Toronto and owned by Tokyo-based Rakuten, Kobo eReaders can be found in major retail chains around the world. For more information, visit http://www.kobo.com.