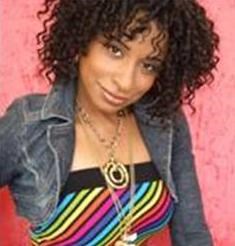 Popular radio and TV personality and powerful stage actress Tammi Mac will appear in a leading role in Brandi Burks hit stage play “Shhh…Quiet as Kept.” Presented by Happy4Show Productions, the performance will be held Saturday, September 21, at 7 p.m. at the City of Refuge, 14527 S. San Pedro St., Gardena, CA 90248.

“Tammi Mac’s powerful stage presence and undeniable talent will bring this story of secrets and lies to light,” says Vanzil Burke, CEO and President of the Burke Management Firm, which represents the actress. Mac has previously appeared in Burks’ productions “Men Cry Too” and “Reap What You Sow,” as well as many other stage plays.

A limited number of tickets are available and may be purchased online at http://www.brownpapertickets.com at Inglewood Tickets (128 S. Market Street, Monday through Saturday, 10 a.m. to 7 p.m.), or at City of Refuge Bookstore (Monday through Thursday, 10 a.m. to 5 p.m.). General seating is $30. For information on preferred seating or group sales please call 323-600-7402.