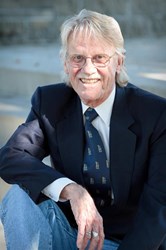 Chapman University’s Argyros School of Business and Economics and its Economic Science Institute (ESI) have grabbed the #1 and #2 spots in a very influential ranking, the RePEc Project’s “Top Institutions in the Field of Experimental Economics.”

The RePEc Project (Research Papers in Economics) is a collaborative effort between researchers in 78 countries to disseminate the latest research in economics and related sciences and to create a public-access database. The database contains information on more than 35,000 authors; more than 10,700 institutions (economics departments, research institutes, government organizations); and bibliographic information on more than 1.4 million research pieces, including 237,000 working papers and 344,000 articles.

According to RePec rankings as of August 2013, the top institutions, determined by a weighted sum of all authors (and their working papers) affiliated with the institution, are:

About Chapman University’s Argyros School of Business and Economics
The AACSB-accredited Argyros School of Business and Economics (ASBE) at Chapman University offers undergraduate and graduate students access to integrated business education taught by faculty deeply committed to student learning. Students who graduate from ASBE do so with a strong understanding of how American business operates in the world and how they can contribute to it.

About Chapman University
Consistently ranked among the top universities in the West, Chapman University provides a uniquely personalized and interdisciplinary educational experience to highly qualified students. Our programs encourage innovation, creativity and collaboration, and focus on developing global citizen-leaders who are distinctively prepared to improve their community and their world. Visit http://www.chapman.edu