iPad Repair Services resident expert Felippe Arnold distinguishes between fact and fiction and provides the lowdown on what we can expect from the iPad Mini 2. 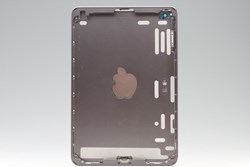 Any imminent product release by Apple is huge for companies such as iPad Repair Services who specialize in repairing iPads and depend on a steady stream of new devices to grow their business. Such companies must always keep abreast of the latest developments to insure that it's one step ahead of the competition in sourcing original components for the new product. Outside of Apple there is whole industry which is built around supporting its products.

The latest report, from Bloomberg, says that Apple will launch a new version of the iPad mini in time for Christmas along with an iPad 5. Last year, Apple launched its first iPad Mini device and its fourth-generation iPad at an event in October so it is likely that the company will follow tradition and do the same this year. According to analysts, the iPad mini 2's production has already begun, with leaked documents and factories already revving their engines to bring the new device to market.

Japanese mobile parts seller Moumantai recently added a new listing on its website for a second-generation iPad mini housing in the new space grey colour. French website NowhereElse.fr has posted images featuring the rear shell of the iPad mini 2, presenting how the colour would look on the tablet. The new colour reflects Apple's new design with anodized aluminium. However, whether a gold-version of the iPad Mini will be released is yet to be seen. This shade will replace the black color in most of the iDevice range, here coming to create what may be seen as a more unique look for the series – everyone else has black, after all.

The same Bloomberg report cited above states that the new iPad Mini will have a 'high-resolution' screen, suggesting it will be given the Retina treatment. While we’ve heard little solid information on what the insides of the iPad mini 2 will be consisting of, it is expected to feature a new Retina display. The new casing appears to indicate a thicker device than the existing model. The iPad gained a little extra girth when Apple upgraded it to a Retina display, so a thicker casing in the alleged iPad Mini 2 shots seem to point to some Retina presence in this mode.