“The transfer of responsibility for persons with mental illness from mental health professionals to law enforcement officers has brought with it major problems,” according to the Treatment Advocacy Center and the National Sheriffs’ Association. 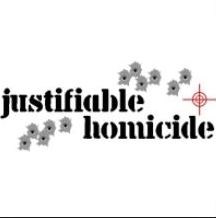 Untreated severe mental illness is an increasing factor in officer-involved homicides, according to a joint report released today by the Treatment Advocacy Center and the National Sheriffs’ Association.

In a study entitled “Justifiable Homicides: What is the Role of Mental Illness?,” the authors assessed available data on homicides in which individuals were killed by law enforcement officers in the line of duty between 1980 and 2008.

They found that, while the total number of incidents classed as “justifiable homicides” decreased from 1980-2008, the number resulting from an attack on an officer increased by 67%. Official data on mental illness involvement is not kept, but at least half the people shot and killed by police each year are believed to have mental health problems, the report said.

“The responsibility of law enforcement officers for seriously mentally ill persons has increased sharply in recent years and is continuing to increase,” the authors wrote. “Inevitably, the increasing number of confrontations between law enforcement officers and persons with serious mental illness leads to some unfortunate outcomes. Among the most tragic are officer-related shootings of the mentally ill individuals, many of which are fatal.”

ADVISORY: “More Mentally Ill Persons Are in Jails and Prisons Than Hospitals: A Survey of the States,” jointly released by the Treatment Advocacy Center and the National Sheriffs’ Association in 2010 and still the most widely cited source of information on state populations of mentally ill inmates, is now available in a user-friendly format on the TACReports.org website.

The Treatment Advocacy Center is a national nonprofit organization dedicated to eliminating barriers to the timely and effective treatment of severe mental illness. The nonprofit promotes laws, policies and practices for the delivery of psychiatric care and supports the development of innovative treatments for and research into the causes of severe and persistent psychiatric illnesses, such as schizophrenia and bipolar disorder.

The organization does not accept funding from the pharmaceutical industry. The American Psychiatric Association awarded the Treatment Advocacy Center its 2006 presidential commendation for "sustained extraordinary advocacy on behalf of the most vulnerable mentally ill patients who lack the insight to seek and continue effective care and benefit from assisted outpatient treatment.”

Justifiable Homicides: What is the Role of Mental Illness?