Clothing and Textile Recycling Has Major Impact on Reducing Greenhouse Gasses According to EPA and S.M.A.R.T. 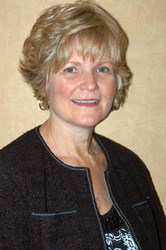 Clothing and textiles needs to become a top-of-mind recyclable just like aluminum, plastic, glass, and paper.

Current levels of clothing and textile recycling has among the highest levels of impact on reducing greenhouse gasses according to the U.S. Environmental Protection Agency. In its report entitled: Municipal Solid Waste Generation, Recycling and Disposal in the United States: Facts and Figures for 2011*, the EPA states clothing recycling today has an equivalent impact of removing one (1) million cars from the nation’s roads. That is more than more than five (5) times the impact of recycled yard trimmings, more than four (4) times the impact of glass recycling, more than plastics recycling and nearly the same impact as recycling aluminum.

“When comparing the amount of materials recycled to the overall impact on the environment, it is clear clothing and textiles needs to become a top-of-mind recyclable just like aluminum, plastic, glass, and paper. As the international trade association of for-profit clothing recyclers, we have long known of the many positive aspects of clothing recycling. It’s very exciting to see the positive impact our member companies are having confirmed by the EPA,” says Jackie King, Executive Director of the Secondary Materials and Recycled Textiles Association (SMART).

SMART is the international trade association of for-profit clothing and textile recycling companies.

“The message the public needs to hear is ‘Donate, recycle, don’t throw away’ when it comes to their clothing and household textiles,” says SMART President, Lou Buty. “Currently we are only redirecting 15% of clothing and textiles out of the municipal waste stream and into re-use and recycling programs. Local governments need to capitalize on the positive environmental impact of clothing recycling programs not only as it impacts greenhouse gasses, but how it can also extend the lifecycles of landfills.”

Buty says the EPA estimates 6.5% of all materials going into landfills and/or municipal incinerators are clothing and textile products that could have been recycled.

SMART says all clothing as long as it is dry and odor-free can be recycled. “Even if clothing is torn or stained, there are uses for it in the recycling industry,” King says. “SMART encourages the public to be informed about the outlet it is using when recycling clothing. It can go directly to a charity or to a for-profit recycler, it doesn’t matter to us. We just want everyone to think twice before putting a piece of clothing into the garbage.

For additional information about the Secondary Materials and Recycled Textiles Association (SMART) visit the Association’s website at http://www.SMARTasn.org, or contact Paul Bailey at the Fallston Group at 410-420-2001 or by email at paul(dot)bailey(at)fallstongroup(dot)com.

*Table 5, Page 12 of the EPA's report: Municipal Solid Waste Generation, Recycling, and Disposal in the United States: Facts and Figures for 2011

Secondary Materials and Recycled Textiles (SMART) is the leading industry voice promoting high standards and best practices for reducing solid waste by recycling textiles and related secondary materials. Our members collect, reclaim, and “close the loop” by processing, converting, and distributing these recyclables. For additional information on SMART, visit the association’s website at http://www.SMARTasn.org. The following link will take you directly to informational videos on textile recycling http://www.smartasn.org/about/videos.cfm.

To download the iRecycle app visit http://www.Earth911.com. The app allows users to find clothing and textile recycling drop-off locations in their area.