With the continuous demand for labour in the Middle East as well as the influx of workers from various corners of the world, a leading online job portal recognises the positive impact of the proposed joint pact on labour skills initiated by the UAE. 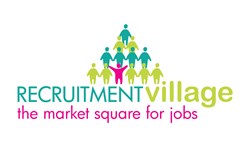 A representative for Recruitment Village said that progress in this labour pact can greatly benefit both countries in need of labour and those which send their workers abroad. For the workers, this means new opportunities including faster employment.

Several countries in the Middle East, spearheaded by the United Arab Emirates, have recorded robust growth as evidenced by the influx of both tourists and investors. In turn, this has led to an increase of job vacancies in Abu Dhabi and Dubai, two of the key cities in the region.

From small businesses to retail outlets to multinational companies who seek to establish a presence in the Middle East, the careers UAE offers are diverse. According to online job portal Recruitment Village, many workers from around the globe are attracted to freezone jobs in Dubai and other UAE cities due to the variety of benefits offered to workers including higher salaries, access to health care insurance, and the absence of tax deductions. Among the leading countries who send workers to the region are Afghanistan, Bangladesh, India, Indonesia, China, Nepal, Sri Lanka, Pakistan, Vietnam, Thailand and the Philippines.

Another crucial development is seen to impact the labour market in the UAE. In a recent report released by Khaleej Times it was reported that the UAE is proposing a pact with the Philippines regarding the labour skills of Filipino workers seeking employment in the Middle Eastern country. The Framework of Regional Collaboration seeks to ensure the high quality of workers, better facilitate the recruitment process, ensure adequate supply of both job opportunities and workers, and help workers better adjust to working in a foreign country, say the two countries.

UAE, in particular, is proposing a scheme which recognises the skills and certification of both professional and skilled workers from the Philippines. To date, the Abu Dhabi Secretariat is preparing for a ministerial meeting scheduled in November involving UAE Labour Minister, Saqr Ghobash Saeed Ghobash, Kuwait Minister of Social Affairs and Labour Thikra Al-Rashidi and Philippine Labour Secretary Rosalinda Dimapilis-Baldoz to prepare for the Abu Dhabi Dialogue slated for November next year.

A representative for Recruitment Village said that progress in this labour pact can greatly benefit both countries in need of labour and those which send their workers abroad. For the workers, this means new opportunities including faster employment.

The Abu Dhabi Dialogue was initiated by the UAE in 2008 which adopted the Ministerial Declaration involving four key areas affecting the labour migration cycles. It also seeks to improve partnerships between the top employers in the Middle East region including UAE, Saudi Arabia, Bahrain, Qatar, Oman and Kuwait and the countries which send their workers to these countries.

Recruitment Village offers its services to both workers seeking employment opportunities and to human resources professionals looking to acquire the best talents for available positions in their companies. For more information about Recruitment Village, visit their website today.