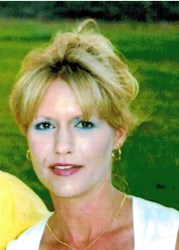 I have reduced the amount and cost of my pain medications, and my pain is reduced drastically so that I am able once again to sleep through a full night.

Extending the findings of an earlier clinical study, long-term data to be presented at the prestigious AAGL Global Congress on Minimally Invasive Gynecology in Washington, DC Nov 13, 2013 demonstrated significant reductions in pain in 16 women who were followed for up to 541 days after suffering from long-standing, difficult-to-treat chronic pelvic pain, interstitial cystitis, adhesions and endometriosis.

Many PainShield MD patients reported significant improvements in their quality of life such as better sleep, weight loss from improved activity, and lower consumption of pain and other medications including opioids. Not only were drug side-effects such as constipation reduced, but patients reported savings up to several hundred dollars a month in medication costs.

One patient, Elizabeth, 46, an oil field tools buyer from Texas, has been in pain for over 30 years with pelvic adhesive disease, endometriosis and eight major surgeries, including a hysterectomy, colectomy and an ileostomy. Elizabeth reports that PainShield MD “has reduced my bowel pain, my pelvic pain and my bladder pain… it has significantly reduced my sexual pain, and I can be a normal woman. I have reduced the amount and cost of my pain medications, and my pain is reduced drastically so that I am able once again to sleep through a full night.”

The PainShield MD clinical study resulted from a grassroots effort under the leadership of a patient advocacy organization, the International Adhesions Society (IAS), which provides information, support and advocacy to patients and their families suffering from adhesion related disorder (ARD). Authoring the study together with Dr. Wiseman was Ms. Teena Petree, PT of Summit Physical Therapy, Dallas, TX, whose specialties include pelvic pain relief. Although ultrasound has been used by physical therapists for many years, the wearable PainShield MD overcomes its limitations by extending the duration of therapy for patients when at home or on-the-go. Pelvic muscle spasm plays a major role in pelvic pain. Relieving these contractures for Interstitial Cystitis/Bladder Pain Syndrome is a fundamental clinical principle of the American Urological Association, directly addressed by PainShield MD which is believed to increase blood flow to muscles, reduce contractures and thereby decrease pain.

The International Adhesions Society was founded by David Wiseman, PhD who remarked, “After conducting research on adhesions and pelvic pain and working with patients suffering from these conditions for over 25 years, I feel that this treatment modality can revolutionize the management of pain in the chronic pelvic pain population without the risks of surgery or drugs." Wiseman added, “With FDA’s announcement last week on the reclassification of hydrocodone combination products (e.g. Vicodin) that will make it harder to obtain these sorts of painkillers, it is all the more important that chronic pain patients be given real alternatives. The results of our study confirm that PainShield MD is a ‘game changer’ in the treatment of chronic pelvic and abdominal pain and is a non-drug alternative for this patient population. We are now planning a larger study to obtain the necessary data to secure insurance reimbursement, a vital next step in making the technology available to millions of pain patients.”

About KevMed
KevMed LLC is a medical company formed by Dr. Wiseman as a result of this work with PainShield MD. KevMed is dedicated to the relief of chronic pelvic pain and related disorders and markets PainShield® MD, a wearable therapeutic ultrasound device as a non-invasive, low-risk treatment modality for chronic pelvic pain and pain associated with related conditions.

PainShield MD is available by prescription to patients in the United States and was developed by NanoVibronix of Melville, New York, based on its proprietary technology which miniaturizes the ultrasound delivery system to a small disc mounted within an adhesive patch applied to the skin. NanoVibronix provided the PainShield MD units for the study free of charge.