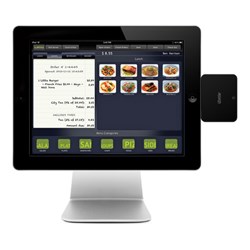 We are thrilled to be able to give International businesses access to iZettle for Chip and PIN payments with Lavu iPad POS.

Lavu POS is currently used in over 80 countries worldwide, and can now offer Chip and PIN service to European countries such as Sweden, Norway, Denmark, Finland, Germany, Spain, and the United Kingdom as well as Mexico and Brazil in the Americas.

“Lavu POS fulfills the need of many businesses around the world, whether it's in the restaurant or hospitality industry. Through our partnership and integration, we are thrilled to be able to give these businesses access to iZettle payments and help them run their business in a more efficient way,” said Fernstorm.

Integrating iZettle with Lavu POS is simple. Once an iZettle account is created, Lavu clients will only need to add iZettle as a payment option in the Admin Control Panel. Lavu Inc. already has customers using the iZettle processing solution.