MedicalMalpracticeLawyers.com reports on the January 8, 2014 decision of a Florida Appellate Court to overturn a $2.5 million Wrongful Birth Medical Malpractice Verdict. 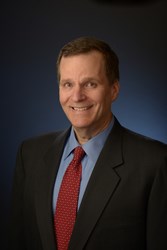 A wrongful birth claim is a medical malpractice claim in which the parents give birth to an impaired or deformed child and allege that negligent treatment or advice deprived them of the opportunity to avoid conception or terminate the pregnancy.

On January 8, 2014, in a split decision, the District Court of Appeal of the State of Florida Fourth District overturned a $2.5 million verdict in a wrongful birth case. A wrongful birth claim is a medical malpractice claim in which the parents give birth to an impaired or deformed child and allege that negligent treatment or advice deprived them of the opportunity to avoid conception or terminate the pregnancy. Causation can be shown if the plaintiff can prove that she would have obtained an abortion if the doctor had not been negligent.

The purpose of a wrongful birth claim is to recover damages for the extraordinary expense of caring for the impaired or deformed child, over and above routine rearing expenses. Not all states allow wrongful birth claims: for example, Maryland does not.

In the Florida case, the mother gave birth to a baby with no hands, only one leg, and a fraction of a foot attached to the hip on the other leg. The parents alleged in their medical malpractice claim that an initial ultrasound fell below the standard of care and was reported inaccurately, which had a negative effect on future ultrasounds, including a higher-level ultrasound that was also reported incorrectly. The mother testified that she would have undergone an abortion had she known of the birth defects.

The medical malpractice defendants alleged on appeal that the mother did not prove causation because she could not have legally had an abortion in Florida at the time of the higher-level ultrasound because by then the mother was one day into her third trimester of her pregnancy (Florida law prohibits an abortion during the third trimester "unless two physicians certify in writing to the fact that, to a reasonable degree of medical probability, the termination of pregnancy is necessary to save the life or preserve the health of the pregnant woman; or the physician certifies in writing to the medical necessity for legitimate emergency medical procedures for termination of pregnancy in the third trimester, and another physician is not available for consultation." § 390.0111(1), Fla. Stat. (2008))

Florida law defines the third trimester as the weeks of pregnancy after the 24th week of pregnancy. If the mother was in her third trimester based on the gestational age of the fetus at the time of the higher-level ultrasound, the appellate court held that she could not have had an abortion in Florida, which would mean that there was no causation and therefore the parents could not recover for wrongful birth.

The defendants contended that the weeks of pregnancy is calculated by using the gestational age of the fetus (the gestational age calculation uses the date of the mother’s last menstrual period, not the point of conception, to measure the fetus’s development through the trimester stages). The plaintiffs contended that the mother had not yet entered her third trimester at the time of the higher-level ultrasound, using the date of conception method of calculating weeks of pregnancy.

The Florida appellate court held, "While evidence of the availability of abortions in other states and the possibility that the mother might have been able to obtain a third trimester abortion in Florida or elsewhere may also be relevant to a jury on the issue of causation, those considerations do not constitute valid reasons for excluding evidence that third trimester abortions are generally illegal in Florida. In light of the trial court’s failure to permit the jury to consider the relevance of section 390.0111 to the plaintiffs’ specific situation, leading to the exclusion of other relevant evidence on that factual issue, a new trial on the issue of liability and causation is required."

MedicalMalpracticeLawyers.com's blog provides useful and timely information regarding medical malpractice issues and other interesting and relevant information on a daily basis, having published more than 1,000 daily consecutive blogs.