Today marks the launch of an important new report from the Women's League of Burma (WLB) documenting ongoing crimes of sexual violence—over 100 cases documented since 2010, including 47 gang rapes—perpetrated by the Burmese military in ethnic regions of Burma. 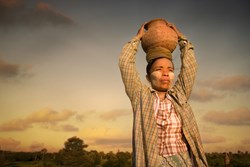 "This report underscores that without Constitutional amendment the system of impunity will continue and there can be no democracy, rule of law or sustainable peace in Burma.”

Today marks the launch of an important new report documenting ongoing crimes of sexual violence—over 100 cases documented since 2010, including 47 gang rapes—perpetrated by the Burmese military in ethnic regions of Burma.

The Women’s League of Burma (WLB), consisting of thirteen women’s organizations representing different ethnic areas in Burma, released the report, “Same Impunity, Same Patterns: Sexual abuses by the Burma army will not stop until there is a genuine civilian government,” and is urging an immediate end to these atrocities. The report specifically calls for an end to the prevailing system of impunity that not only enables military perpetrators to evade prosecution, but also fosters a culture of continued and escalating violence.

"To bring justice for the victims of rape and sexual violence, we must take steps to ensure truth, justice and accountability,” notes Tin Tin Nyo, General-Secretary of WLB. “There can be no real reform without stopping all forms of violence, correcting the judicial system, amending the Constitution and enforcing the law to protect women’s lives.”

The report states that despite Burma’s transition to a civilian government, including adoption of a new Constitution in 2010 and elections in 2011, military offensives continue to be waged in ethnic conflict areas. Undeterred by security concerns and access limitations, WLB has reported for over a decade on the Burmese military’s human rights abuses in these conflict areas, including systematic sexual violence.

This report documents multiple instances of post-transition sexual violence involving over 100 women, including 47 gang rapes with victims as young as 8 years old. These crimes are not random events but part of a widespread and systematic pattern of sexual violence. Since 2010, the Burmese government has undertaken limited democratic reforms and conducted peace talks with ethnic groups yet has failed to address these crimes or hold perpetrators accountable.

Both the government and the international community have turned a blind eye to these pervasive human rights abuses. The report outlines a series of actions that are necessary to stop sexual violence crimes, hold perpetrators accountable, respect international law and live up to the recent promise of democratic reform. As recently noted by Daw Aung San Suu Kyi, the most important step is changing the Constitution, which provides amnesty for and prevents civilian judicial review of all military action.

As Janet Benshoof, President of the Global Justice Center, notes, "This report underscores that without Constitutional amendment the system of impunity will continue and there can be no democracy, rule of law or sustainable peace in Burma.”