Dr. Steve Weiner of The Aesthetic Clinique Can Rejuvenate the Aging Eyes with the Newly FDA Approved Inifini Micro-Needling Radiofrequency Device from Lutronic

Using the Infini, Dr. Weiner can cause tissue contraction and collagen formation in the eyelids and skin surrounding the eyes leading to improvement in wrinkles and skin tightening. Dr. Weiner supplements these improvements with dermal fillers, neuromodulators, and topicals for a complete eye rejuvenation. 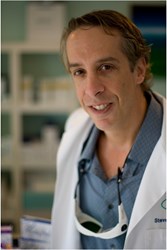 Rejuvenation of the aging eyes requires a multifaceted approach with fillers, neuromodulators, lasers or other skin tightening devices, Latisse, and eye serums.

Studies have shown that the eyes are the most important area of the face for gauging attractiveness. Unfortunately, the eyes are one of the first areas to show aging. Several aspects of aging affecting the eyes are:

Lowering of the eyebrows
Tear trough formation
Eyelashes that are shorter, fewer, and less pigmented
Thinning of the eyelid skin (crepey skin)
Prominent fat bulges or bags
Hollowing of the eyes
Wrinkles in the crow’s feet

To understand the treatment of these problems, we have to delve into the reasons that they occur. Unfortunately, as face ages, fat, muscle, and bone is lost. Imagine if our facial skin was a dress and it was a size 6 and it fit well at age 25. At age 45-50, we still own the same dress, but the facial support (bone, muscle, fat) is now a size 2 or 4. It looks like your dress (skin) is sagging and doesn’t fit well. The eyes are affected by multiple areas of loss:

The temple fat pad loses fat so the eyebrows lose some support and fall.

Several fat pads underneath the eyes become smaller and fall leading to tear trough and malar groove formation and loss of medial and upper cheek.

The eye socket (orbit) loses bone and becomes bigger making the eye look hollow and the fat to look like it’s protruding when in reality, it couldn’t move (pseudoherniation). [There are other factors affecting the orbital fat too - thinning and stretching of the membrane supporting the fat as well as this fat sometimes gets larger which can be camouflaged but not entirely corrected with nonsurgical treatment.]

Aging which affects our entire body is magnified in the eye area:

Just as the hair on the head gets thinner and less plentiful, the same thing happens to the eyelashes and eyebrows.

The skin becomes thinner, less hydrated all over the body but very apparent in the eye area, particularly the lower eyelids.

The muscles around the eye becomes stronger, creating wrinkles in the crow’s feet and pulling the eyebrows down when it contracts.

Crepiness of the skin around the eyes is improved with skin care products designed specifically for the eye like SkinMedica’s TNS Eye Repair and Lifeline’s Eye Firming Complex which both contain growth factors. More invasive treatments, with more appreciable results are obtained with laser resurfacing (non-ablative or ablative) and radiofrequency (RF) devices such as Infini. The standard of care is currently the ablative lasers (CO2 or Erbium). Non-ablative laser have been shown by Dr. Biesman to have minimal effect on the eyelid skin. Ablative lasers have downtime (1-2 weeks) and can take months to blend in with the color of the surrounding skin. The tide will soon be turning to the Infini (MicroNeedling Fractional RF) for the significantly lower risk and ability to treat all skin colors with minimal downtime. The results look more natural than with surgery and leave no scars. A series of 3 Infini treatments are usually recommended. The Infini uses micro-needling fractional radiofrequency (MFR) to penetrate the skin and apply a small thermal injury to the dermis. Overtime, the tissue will contract, become tigher and thicker as collagen is stimulate.

Improving the volume around the eye will deliver the most significant change in appearance. Dermal fillers such as Sculptra, Restylane, Voluma, and Artefill are used to reflate the temples leading to a lifting of the brows as well as rounding of the upper face. By enlarging the upper face, the focus of attention of the face is brought back to the eyes, as it is in a youthful face. Volume is also needed to replace bone and fat loss all around the eye in the tear trough, upper cheek, and orbital rim (palpable bony ledge around the eye). Filler needs to be placed under the eye, lateral to the eye, as well as above the eye (in the forehead area). In certain instances, filler can be placed inside the upper orbital rim, mainly in the inner aspect, but this can lead to swelling in some people that is not tolerable.

Botox is a mainstay of orbital rejuvenation. Treating the crow’s feet, frown lines, and injecting for a brow lift is essential to improving the eye appearance. Some people have excessive muscle in their lower lid that could be relaxed with Botox, but this can only be done in people with not a lot of laxity in their lower lid. Some people also want a more rounded appearance of the eye and this can be obtained by injecting in the middle of the lower lid. Youthful eyes are “wide eyes”.

If further lifting of the brow is required, Ulthera is a great nonsurgical option. A 15 minute procedure, which can be repeated, has been shown to effectively raise the eyebrow in most patients. Ulthera uses focused ultrasound which causes tissue contraction and collagen stimulation. The Infini has been showing promise in this area as well, but for now, Ulthera is the work horse for brow elevation.

Latisse has proven itself as a very effective treatment of the eyelashes and brows. It’s mechanism of action is prolonging the growth phase of the hair follicle. After initial application of once a day, it can be throttled back to once every 3 days when the results are met at around week 16 (78% of study group had results). The only side effects which have been noted with any frequency are skin irritation and that has happened mostly in client overusing the medication.

The eyes are the center of one’s beauty. Don’t let aging affect your eyes. There are multiple ways to improve the appearance around the eyes which are nonsurgical in nature and have little to no downtime.