The Miami real estate market boomed in December as sales of single-family homes and condominiums experienced significant growth, according to the 31,000-member MIAMI Association of REALTORS and the local Multiple Listing Service (MLS) system. 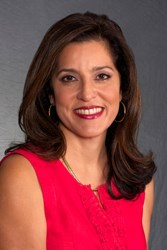 Liza Mendez, 2014 MIAMI Chairman of the Board

Miami continues to mature as a world-class, global metropolis, attracting worldwide attention that is boosting the local market and economy.

The Miami real estate market boomed in December as sales of single-family homes and condominiums experienced significant growth, according to the 31,000-member MIAMI Association of REALTORS and the local Multiple Listing Service (MLS) system.

Last month, sales of single-family homes experienced a strong growth of 9.8 percent relative to the previous year’s figures, from 1,038 sales in December 2012 to 1,140 last month.

Condominium sales also increased during the same period. Compared to December 2012, condominium sales were up 2.2 percent from 1,395 sales the previous year to 1,426 sales last month.

Double-Digit Price Appreciation Continues Note Median Prices
There was a significant increase in the median sales price for single-family homes and condominiums in December.

Growth in New Listings
Listings of single-family homes saw a striking growth of 24.4 percent up to 1,625 new listings in December 2013 from 1,306 during the same period in 2012. Further, condominium listings also experienced double-digit growth last month, an increase of 11.9 percent from 2,014 listings in December 2012 to 2,254 last month. This reflects the success of the Miami Association of Realtors campaign to encourage homeowners to sell during the severe housing shortage we experienced in in 2012 and 2013. More inventory creates a more balanced market between buyers and sellers.

“The strength and vitality of the Miami real estate market is certainly encouraging and exciting,” said 2014 Chairman of the Board of the MIAMI Association of REALTORS Liza Mendez. “Both international and domestic buyers want to be in Miami because of our great weather, multicultural environment, global business opportunities, and enviable lifestyle. Miami continues to mature as a world-class, global metropolis, attracting worldwide attention that is boosting the local market and economy.”

National and State Figures
Nationally, sales of existing single-family homes, townhomes, condominiums, and co-ops increased 1.0 percent from November but were 0.6 percent below what they were in December 2012, according to the National Association of Realtors. Statewide closed sales of existing single-family homes totaled 19,497 in December, up 8.6 percent compared to the year-ago figure, according to Florida Realtors. Statewide sales of condominiums totaled 8,364, down 2.5 percent from December 2012.

The national median existing-home price for all housing types was $197,100 in December, an 11.5 percent increase from December 2013, according to NAR. The statewide median sales price for single-family existing homes last month was $172,630, up 11.4 percent from the previous year, while that of townhouse-condo properties was $137,500, up 17.0 percent over the previous year.

Active Listings Increase, Market Continues to Favor Sellers
Active listings at the end of December increased by 20 percent, from 12,844 in 2012 to 15,963 last month. Inventory of single-family homes increased 19.7 percent from 5,000 in December 2012 to 5,986 last month. Meanwhile, that of condominiums increased by a robust 27.2 percent to 9,977 from 7,844 active listings during the same period in 2012. At the current sales pace, there is a 5.6 month supply of single-family homes, a slight increase from 5.2 months in December 2012. Further, there was an inventory of 7 months of condominiums, up from 5.7 months during December 2012, an increase of 21.6 percent.

At the end of the December, total housing inventory nationally declined 9.3 percent to 1.86 million existing homes available for sale.

The median number of days on the market for single-family homes sold in December 2013 was just 41 days, a decrease of 2.4 percent from the prior year. In addition, the average sales price was 96.3 percent of the listed price, up from 94.2 percent the prior year, an increase of 2.2 percent, indicating that single-family homes are being priced right.

In addition, the median number of days on the market for condominiums sold in December was 52 days, an increase of 13 percent from the same period in 2012, but consistent with historical averages. Further, the average sales price was a striking 97 percent of the asking price. This was a growth of 0.8 percent and a strong sign that condominiums are priced correctly.

Condominiums sold in December had been on the market for a median of just 52 days, an increase of 13 percent from 46 days during the same period last year. Meanwhile, selling prices for condominiums were 97 percent of the listed price last month an improvement from 96.2 percent in December 2012.

In December 2013 there were 617 traditional condominium sales in the Miami real estate market, a significant growth of 3 points from the 855 traditional sales during the same period in 2012. The 313 foreclosure sales accounted for 22 percent of condominium sales last month, a modest increase of 4 percentage points from the same period in 2012 when there were 246 foreclosure sales. Short sales experienced a double-digit decline of 30.6 percent from 294 in December 2012, down to 204 last month, a continued sign of a strengthening real estate market.
Nationally, distressed homes again accounted for 14 percent of December sales.

Since nearly 90 percent of foreign buyers in Florida purchase properties all cash, this reflects the much stronger presence of international buyers in the Miami real estate market.

Note: Statistics in this news release may vary depending on reporting dates. Statistics reported by MIAMI are not impacted by NAR’s rebenchmarking efforts. MIAMI reports exact statistics directly from its MLS system.

About the MIAMI Association of REALTORS
The MIAMI Association of REALTORS was chartered by the National Association of Realtors in 1920 and is celebrating 94 years of service to Realtors, the buying and selling public, and the communities in South Florida. Comprised of five organizations, the Residential Association, the Realtors Commercial Alliance, the Broward County Board of Governors, the YPN Council and the award-winning International Council, it represents more than 31,000 real estate professionals in all aspects of real estate sales, marketing, and brokerage. It is the largest local Realtor association in the U.S., and has official partnerships with more than 115 international organizations worldwide. MIAMI’s official website is http://www.miamire.com.