Online donors have raised more than $10,000 in Litecoin to help employ Madagascan villagers to plant trees, according to a news release by Cogmentis. 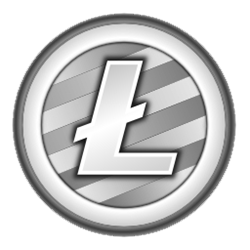 Online donors have raised more than $10,000 in Litecoin to employ Madagascan villagers to plant trees.

The move will create more than 100 new jobs in the impoverished country, as well as reforesting the area with more than 100,000 new trees.

The Madagascan mangrove forests are a vital part of the local eco-system, providing support for the local habitat as well as protecting the ground from washing away with the changing tides.

Fundraisers from the Litecoin community, the leading alternative crypto-currency to Bitcoin, came together to support the Eden Projects, a reforestation charity based in Glendora, California.

The target of 450 Litecoins, worth around $10,000, was raised in just two days by environmentally conscious Litecoin users, who wanted to find a way to offset the carbon footprint of the currency as well as directly helping less fortunate communities in Africa.

Charlie Lee, the founder of Litecoin, who goes by the pseudonym Coblee, backed the fundraiser and pledged to do a matching donation for half the goal.

In a Reddit post, he said, “I feel slightly responsible for all the carbon emission that I'm indirectly responsible for... I love the fact that this will create jobs and trees in Africa, as I was born and grew up in the Ivory Coast.”

Designed to be fairer, faster and more efficient than Bitcoin, Litecoin is the second leading crypto-currency and is often called the silver to Bitcoin’s gold.

The Litecoin network is a year and a half behind Bitcoin in maturity, but this didn’t stop it being the top investment of 2013, growing a staggering 300 times in value over the course of the year.

Litecoin is designed to process and confirm transactions four times faster than Bitcoin, which supporters say makes it ideal for eCommerce transactions. Users of Litecoin can get a transaction confirmed in just 2.5 minutes, compared with 10 minutes for Bitcoin.

Litecoin also uses a different mining process to Bitcoin, which ensures a more democratic distribution of computing power and resists the hardware “arms race” that Bitcoin has experienced.

Crypto-currencies such as Bitcoin and Litecoin are peer-to-peer currencies which allow people to transact with each other in an inexpensive way without involving banks or other centralised authorities.