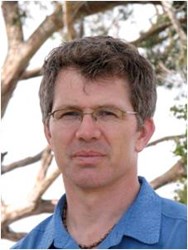 Colleen's Dream is proud to team up with Nick Novak and the San Diego Chargers to help fund Dr. Barrett's cutting edge through our Kicking For The Dream program." Colleen's Dream Foundation President Billy Cundiff.

"Dr. Barrett is a promising young investigator,” says Cundiff. “His enthusiasm for his work is incredible. Colleen's Dream is proud to team up with Nick Novak and the San Diego Chargers to help fund Dr. Barrett's cutting edge through our Kicking For The Dream program."

Kicking For The Dream is an online fundraising platform created by NFL kicker Billy Cundiff to raise money for Colleen’s Dream Foundation; a foundation dedicated to funding the efforts of young investigators conducting research on ovarian cancer.

Novak, who has experienced personal loss to cancer, said he had no hesitation when Cundiff asked him to participate in Kicking For The Dream’s efforts. He says he is excited to help fund Dr. Barrett’s ovarian cancer research.

“We have all been affected by cancer in some way or another,” says Novak. “Ovarian cancer, often referred to as the “silent killer” is the fifth leading cause of cancer death among women in the United States. I fully support Kicking For The Dream and its mission to raise money to support research conducted by young investigators like UCSD’s Dr. Christian Barrett.“

Dr. Barrett, a project scientist at UC San Diego Moores Cancer Center, says his current research topic is to discover molecules that are present only in ovarian tumors, and not in any normal body tissues. He says this topic is interesting because both the implications, and the challenges, are huge.

“The most effective way to improve survival rates for patients with ovarian cancer is to detect the disease early,” says Dr. Barrett. “For the last four years, I have been working to develop and apply a powerful genomics technology to discover molecules only present in ovarian tumor cells that could be detected during routine gynecologic examination. My work is based on deep computational analysis of the human genome and on molecular profiling experiments of hundreds of ovarian tumors.”

He says the grant from Colleen’s Dream Foundation will help him pursue this research aggressively.

ABOUT KICKING FOR THE DREAM: