American Journal of Epidemiology Selects Article Among Top Ten for 2013 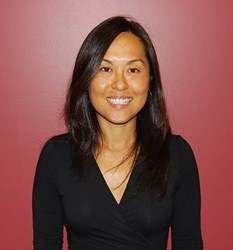 Our research suggests that having information on one's inherited predisposition for obesity may be informative for tailoring dietary interventions.

Iona Cheng, Ph.D., a research scientist at the Cancer Prevention Institute of California (CPIC), along with researchers of the Population Architecture using Genomics and Epidemiology (PAGE) consortium, has been recognized for groundbreaking work unraveling how genes influence dietary preferences to cause weight gain and obesity. The research article based on this work has been selected as a 2013 “Article of the Year” by the American Journal of Epidemiology (AJE).

“We believe the top ten articles for the year represent work that is the best in the field,” said AJE Editor-in-Chief Dr. Moyses Szklo. “Our selection process is rigorous and involved a review of all articles accepted for publication last year. We believe the obesity genetics research study meets the highest standard of excellence and advancement in epidemiology.”

The article, titled, “Association of the FTO Obesity Risk Variant rs8050136 With Percentage of Energy Intake From Fat in Multiple Racial/Ethnic Populations,” appeared in the September 2013 issue of AJE. Dr. Cheng collaborated with lead author Lani Park, Ph.D., of the University of Southern California, as well as researchers from other institutions.

Dr. Cheng and her colleagues identified a particular genetic variant in a key obesity gene FTO that is associated with a modestly higher proportion of caloric intake from dietary fat, and a lower proportion of caloric intake from carbohydrates. The study has helped researchers understand that the way FTO may cause obesity is linked in part to a fattier diet, which has significant implications for a genetic-based approach to reducing obesity.

“Our research suggests that having information on one's inherited predisposition for obesity may be informative for tailoring dietary interventions,” Dr. Cheng said. “With additional research, we may be able to counsel people who are trying to lose weight, and who have variants in genes such as FTO, that specific dietary changes may have particular relevance for them.”

While individuals may be predisposed to prefer certain types of food that can impact their risk of obesity, these effects are small and do not entirely account for the current obesity epidemic. Thus, it is important regardless of genetic predisposition, that individuals maintain a healthy diet and regular physical activity, Dr. Cheng noted.

“We are thrilled to have Dr. Cheng’s research recognized at this level,” said Ann W. Hsing, Ph.D., chief scientific officer at the Cancer Prevention Institute of California. “The American Journal of Epidemiology is arguably one of the most prestigious journals in the field of epidemiology and this is a great honor for Dr. Cheng, CPIC and the other institutions involved in this work.”

“Article of the Year” is a new feature for AJE and was established in conjunction with the Society for Epidemiologic Research (SER). Dr. Cheng and her coauthors will be honored at the 47th annual meeting of the SER to be held in Seattle, June 24-27, 2014.