Drug rehabilitation centers such as Narconon Arrowhead of Oklahoma experience a rise in the number of clients admitted for prescription drug use. 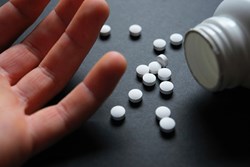 There is statistical evidence that there is now an increase in people seeking treatment for are seeing prescription opiate addictions.

It is well known that opiate-based painkillers such as morphine, Vicodin, Percocet, Roxicodone and OxyContin are addictive, which is why they are schedule II & III narcotics and have very strict laws controlling their sale and usage [2]. Yet, it is interesting that in 1995 the FDA approved OxyContin [3], a highly addictive opiate-based drug, and shortly after from 1998 to 2010, the production of these drugs increased 10 times [4]. Also, during that same time period, according to the CDC, overall drug overdose rates have skyrocketed [1].

There is statistical evidence that there is now an increase in people seeking treatment for are seeing prescription opiate addictions [1].

Narconon Arrowhead of Oklahoma is seeing the trend changing over the last 10 years. They, are amongst the many treatment providers thatare experiencing a large number of clients entering their program, who have first starting down the path of addiction through prescription painkillers. When they can no longer get legal prescriptions, then they often either obtain the prescription drugs illegally or they turn to illegal opiate-based drugs, such as heroin to reduce the painful drug withdrawal symptoms that accompany opiate addiction. That is the dwindling spiral of drug abuse, which can lead to overdose and death if not properly treated.

For more information on heroin addiction or on Narconon Arrowhead’s effective approach to opiate addiction, please visit their site at http://www.narcononarrowhead.org or call 800-468-6933.