A not-for-profit research institute and a Canadian biopharmaceutical company have taken up residence. 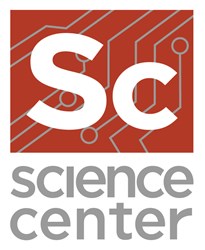 A non-profit research organization and an R&D startup have joined the University City Science Center’s Port business incubator at 3711 Market Street in Philadelphia. Both the Pennsylvania Drug Discovery Institute (PDDI) and Viventia Bio Inc. will focus on the research and development of drugs for the healthcare industry.

The PDDI is a 501(c)(3) non-profit service, outreach and research organization which conducts collaborative chemical biology and drug discovery research. The PDDI seeks to promote entrepreneurship and study technology transfer, and has founded a journal in the field, Technology Transfer and Entrepreneurship.

PDDI Distinguished Institute Professor Doron Greenbaum was most recently faculty at the University of Pennsylvania, receiving numerous awards from the National Institutes of Health such as an R01 grant and a Small Business Innovation Research (SBIR) sub-award. Prof. Greenbaum was recruited to PDDI as Director of Research Operations and the primary focus of his research will be combating commonly overlooked neglected and orphan diseases such as malaria and ALS. His translational research program will help bridge the gap between academic science and industry.

“Biotech and healthcare continue to make a major contribution to the Greater Philadelphia region’s economic vitality,” says Science Center President & CEO Stephen S. Tang, Ph.D., MBA. “Companies like PDDI and Viventia are also impacting patients’ lives far beyond Philadelphia as they work to improve the outcome of a diagnosis of diseases like cancer, malaria or ALS.”

As of February 1, 2014, the 36 current residents of the Port include startups in life sciences, healthcare, IT, emerging technologies and support organizations. Combined, they deploy more than $27 million in risk capital, and employ 110 people.

About the Science Center:
The University City Science Center is a dynamic hub for innovation, entrepreneurship and technology development in the Greater Philadelphia region. Its Port facility provides business incubation, programming, lab and office facilities and support services for entrepreneurs, startups, growing and established companies. The Science Center was the first, and remains the largest, urban research park in the United States. Since it was founded in 1963, graduate organizations and current residents of the Port business incubator have created more than 15,000 jobs that remain in the Greater Philadelphia region today and contribute more than $9 billion to the regional economy annually. For more information, visit sciencecenter.org.